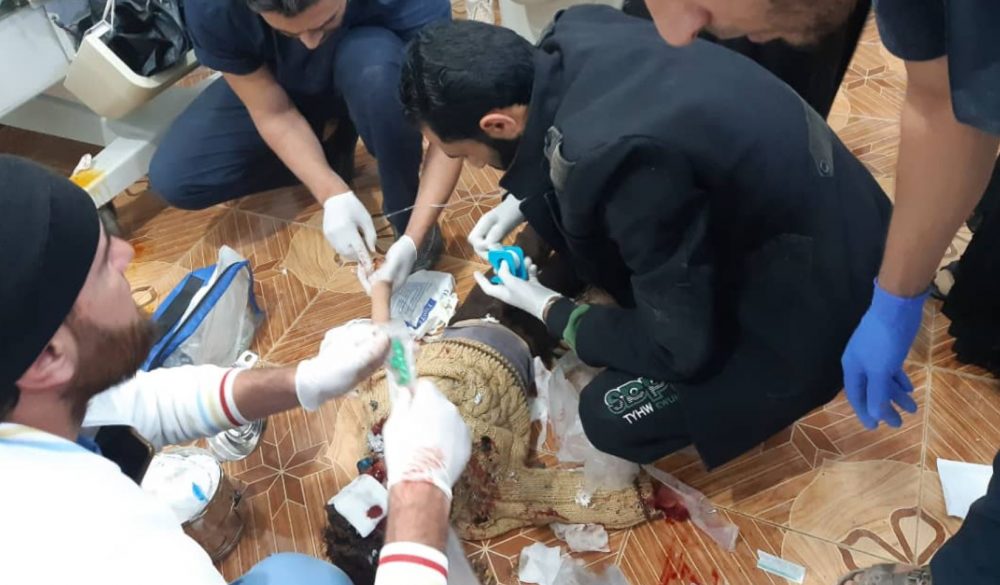 Assad attacked displaced Syrians living in tents in a camp in the rebel-held area of Idlib in northwestern Syria. The attack killed at least 15 and wounded several. Witnesses claim the horrifying sight of watching missiles hit tents populated with women and children. No concrete structures to provide any protection whatsoever.

Ground-to-ground missiles fired from the countryside of Aleppo struck the camp at Kah, a town north of Idlib near the border with Turkey. The Assad attack sets tents ablaze according to the White Helmets; a rescue group known officially as the Syrian civil defense.

Syria’s northwest corner, including the Idlib region, is the last major chunk of territory still in rebel hands. Without Russian and Iranian help, the Assad regime would have been defeated. Because Obama refused to help the moderate Free Syrian Army (FSA), Syria has become a center of radicalism. From religious to Neo-fascist radicals.

SAMS said in a statement:

Four SAMS staff members were wounded as a result of the attack. Large parts of the camp were burned and the hospital sustained considerable material damage, causing the medical staff to evacuate patients to nearby facilities.

Russia, which supports the butcher of Damascus Baschar al-Assad in his country’s civil war, and Turkey, long a backer of rebels, co-sponsored a de-escalation agreement for the area earlier this year that has since faltered.

The region is home to hundreds of thousands of people who fled other parts of Syria as government forces advanced through the country since Moscow joined the war on the side of Assad in 2015, tipping the conflict in his favor.

Putin Actions and Obama Inactions
It is not about the Alawites of Syria, It is all about Assad
Axis of Evil Assassinated the Great Rafik Hariri
Assad Terror 228 Syria News 1180 Western Appeasement 467