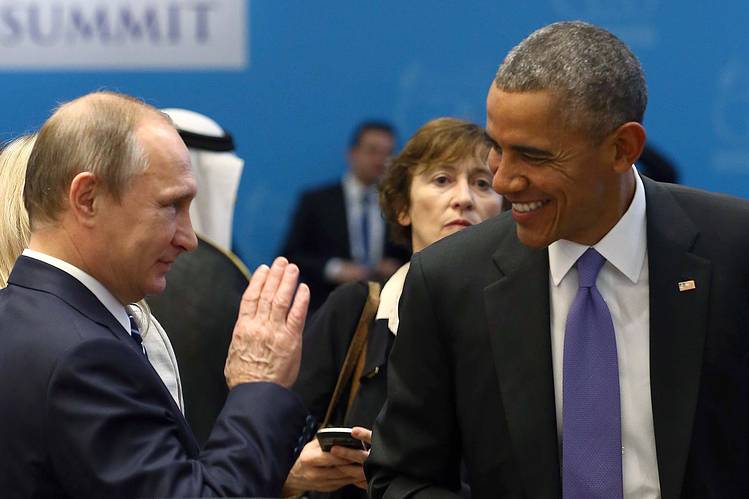 September 29, 2012 2:30 pm 0
Watch The Three Musketeers of Terror Lose Their Marbles
Falafel Interviews Obama About the Holocaust
If We Write, We Must Know the Basics of History

How many times responsible leaders face decisions in their lifetime when humanity is ignored in favor of self interests; or when emotions are repressed in favor of realism or pragmatism? A situation that every elected leader or official may face while making hard decisions. This is the story between two courses: Irrational realism or realistic morals.

When it comes to Syria, the clash between the two courses is very much subject to the events unfolding. Can a child, murdered savagely, forgive your calculating mind or will the interests of many suffer because of a weak moment of embracing humanity with all its moral allegories at the expense of a more favorable outcome?

Can one person’s commitment and passion for a cause change an outcome that renders separating one’s heart from one’s mind a non-mutually exclusive matter?

It is safe to say here that there is a third dimension to suffering the difficult decisions only people who face extremely hard choices can experience. After all, we are the people who carve our own destinies, those bleeding and those healing; and morality, whether we like it or not, is the most powerful condiment in the kitchen of life.

Should morality of an instant become so powerful as to dictate the natural state humanity aspires for in the form of a constant like peace or happiness? Or is that instant the roadmap to peace or happiness? Is the sense of realism, as a collective sentiment, more urgent than the attention we accord powerful and individual incidents requiring resolute morality?

There is one thing that we know to hold true today. No matter how a non-Jewish person feels about the Holocaust and its tragedy as an example, it belittles the feelings of any Jewish person for what that tragic moment in the failure of humanity means to them. Similar thinking also befits all races or religions that suffered immense persecution and mass killings. It’s a human celebration or failure depending on our morality.

When it’s your people, your families, and your piers, emotional gyrations in the name of humanity cement a higher sense of responsibility, which ultimately serves your people if you are able to calculate with a cold heart and a dependable mind. In other words, today’s moral anchors are tomorrow’s foundations for peace and co-existence. As long as one is able to find universality in the virtuous lessons learned. And as long one can see the big picture clearly.

The challenge lies in the balance of one’s decisions, and not in the singularly stubborn ideological perspective.

Watch The Three Musketeers of Terror Lose Their Marbles
If We Write, We Must Know the Basics of History
Between the Holocaust and Assad
Assad Terror 238 Opinions 999 Syrian Revolution 1352 Things That Matter 380 Weak Barack Obama 234