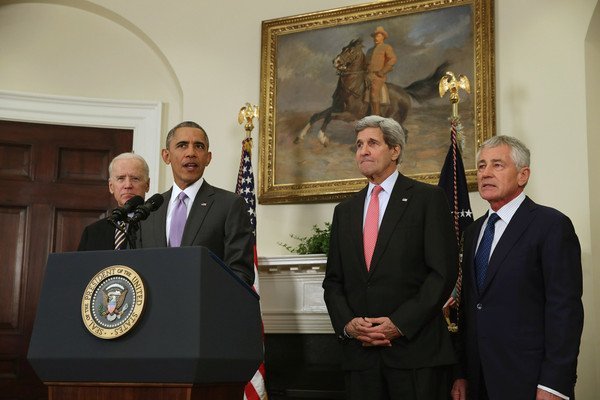 January 15, 2013 1:32 pm 0
Syria: Reported fatwa allows the hungry to eat cats and dogs
Why worry when Assad and Abdullah agree?
Obama has presided over a moral and strategic disaster in Syria

John Dillinger had many accomplices. Imagine then that the Kremlin issues a directive against any of his accomplices prohibiting them from dealing with Russian banks or traveling to Russia. Witness the Genocide watchers Obama Kerry Hagel in action helping Russia while claiming to punish her.

In a crude way, this is exactly the effect of the Magnitsky Bill on Putin’s behavior. It is supposed to be more of an announcement than a punishment, more of a signal than real legislation to help Russian dissidents defeat another dictator.

Putin’s low-level response of halting all adoption of Russian children by American parents was in fact an appropriate response to a Bill that was spun for its importance, but which genuinely looks more like DoS is brushing a hibernating bear. In fact, the Magnitsky Bill repealed the Cold War-era Jackson-Vanik restrictions on trade with Russia to establish normal bilateral trade between Russia and the US.

Maybe someone can explain to us why repeal of trade sanctions and normalization of bilateral trade are considered a punishment. Are the Genocide watchers reading this?

We are not experts on Russia, but we are knowledgeable about the standard practices of the US State Department. Often, DoS does not see eye-to-eye with US Congress on foreign policy; and when it wants to push for its own message, the magnitude of the damage of any Bill sponsored by Foggy Bottom becomes more of a ridicule than serious intent. The Magnitsky Act, in our humble opinion, falls more within the category of “Hey, Putin, we are here”.

John Kerry watched over the passing of this Bill as the Foreign Relations Committee Chairman in the Senate. That is enough distinction to drown the most optimistic of critics. Anything Kerry pursues explains the “Double Negative” notion in the English language. Just like normalizing trade with Russia and selling it as a punishment just because it has a human rights component.

Russia, China, and the United States are refusing to sign a letter, already signed by 52 countries that would refer Assad to the International Criminal Court at The Hague. Syria is not a member of the ICC, which gives Assad the excuse to ignore it; but if there were enough countries, the pressure would mount on the rest to force the issue.

Obama cannot find the time or the excuse to tell us why the US has not signed this letter. No member of the mainstream media or any other media will drill him on this issue. Funny how the public perceives the left as all heart, but is all steel decision time. That is their genius. They can fool anyone, anytime, on anything and Obama showed them how to use words to pave the way.

The new Secretary of State John Kerry, one of the Genocide watchers, is probably pressing for that decision. If matters were bad with Obama in power, now they are far worse with the three amigos: Obama, Kerry, and soon Hagel.

The Magnitsky Bill will not stop Putin. His government said it yesterday by telling the UN Security Council not to bother taking that route on Syria by seeking to refer Assad to the war crimes tribunal. Why should Russia not be so explicit when they have Obama by their side as a Genocide watcher too?

Syria is proof that the 21st Century looks like a repeat of its predecessor. More wars, more killings, more genocides, and most important of all, more violent men to start violence and five times as many unwilling to stop them.

Please, tell Barack Obama to sign the letter by signing this RPS petition