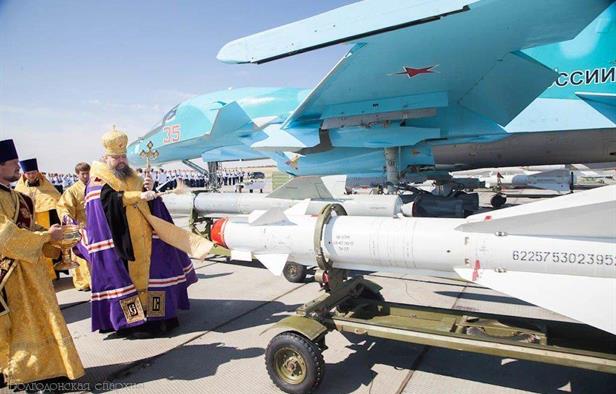 One More Sign of Syria’s Assad Influence Over ISIS

November 24, 2015 9:05 pm 0
Are We on the Brink of Assad’s Final Days?
Deficiencies of a Ba’athist State
Syria Rebels Threaten Key Position Near Assad Bastion

Here is one sign of Syria’s Assad influence over ISIS. The Islamic State group has released 10 Assyrian Christians nine months after kidnapping them in northeastern Syria, an Assyrian monitoring group said on Tuesday.

The Assyrian Monitor for Human Rights said the 10, who include five women, were released “as the result of the tireless efforts and negotiations by the Assyrian Church of the East.”

So ISIS beheads American James Foley, but releases Assyrian Christians while giving some lame excuse. This is just one more sign of Syria’s Assad influence over ISIS.

It also explains why Russia has been targeting the rebels most dangerous to removing Assad from power 90% of the times instead of concentrating totally on ISIS as the US and France have.

The group are among more than 200 members of the Christian minority who were seized by the jihadists as they swept through the Khabur region in Hasakeh in February.

Around 140-150 of the hostages are believed to still be held by the group, which has periodically released a handful of the captured at a time.

Assyrians numbered about 30,000 among Syria’s 1.2 million Christians before the country’s conflict began. They lived mostly in 35 villages in Hasakeh.

In February, IS overran many of the villages, but Kurdish forces later expelled the jihadists from all the places it had seized.

IS has captured hundreds of hostages, including Christians from different sects, in territory in Syria and Iraq.

More than 300,000 people have been killed in Syria since the conflict began with anti-government demonstrations in March 2011.

One More Sign of Syria’s Assad Influence Over ISIS

Assad to Syrians is what AQ is to America
The Region Can No Longer Afford Assad
An Internal Alawite Coup in the Making?
Radicalism 562