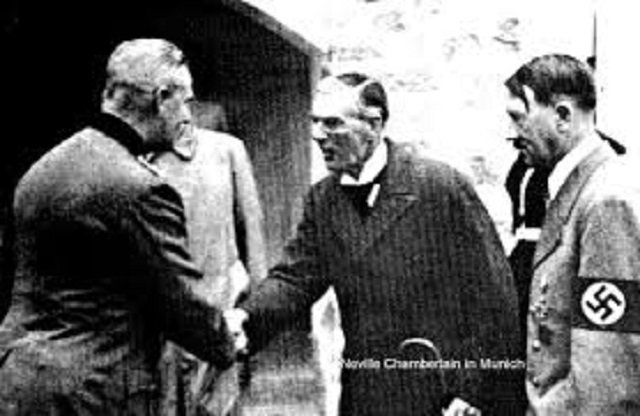 September 21, 2015 3:48 pm 0
Assad forces said to use poison gas in new Damascus attack
Pro-Assad Official Kidnapped in Damascus
If you are pro-Syria, should you be anti-Israel?

There is a certain kind of masochism one can level at any Western Assad supporter who conveniently forgets how Assad got us here. In their zeal to confront Islamic terror, the masochists, somehow, forgot the root causes of that Islamic terror. They forgot that it was Assad who forged ISIS just to sire their masochism.

The masochists, like Gideon Rachman who wrote a column embracing Assad, have this deep need to stroke evil egos. Throughout history, we have been introduced to countless number of masochist journalists. One infamous masochist that comes to mind is Walter Lippmann, who wrote a column in the New York Herald Tribune on May 19, 1933 extolling the conciliatory virtues of Adolph Hitler. The worst part? Lippmann was Jewish.

George Santayana once said “Those who do not remember the past are condemned to repeat it.” He should have added the word masochists somewhere in his famous quote.

No matter the promises Assad makes to appease people like Rachman or any others, no matter how gross Islamic barbarism frays at the seams of our conscience, no matter how desperate we are to find a ray of hope in all the violence dancing all around us, masochists always seem to forget who or what is the source of evil. Masochists have this need to stroke a man of many evils in the hope he passes them by.

Baschar al-Assad is the most evil man alive today. Coming to his aid are no lesser the evil of Ali Khamenei and Vladimir Putin. The evil of Assad is such that no Sunni Muslim, be it an extremist or a Free Syrian Army moderate, would ever accept him leading Syria. The more the masochists support him the more Islamic savages will join the fight. We are betting that Rachman’s article may have just recruited few hundred more Sunni Muslims to head to Syria. How is that for a constructive policy of appeasement?

The masochists who embrace Assad forget that of the few million Syrians willing to bear arms to defeat his regime, none would accept Assad to stay in power. Not Russia, not Iran, and no Rachmans of this world decide what happens to Syria and in Syria. Only Syrians decide with help from the other 350 million Arabs who support them against Assad.

To stop ISIS, stop Assad. This what people who understand the region deeply will tell you. Do you think Assad will ever let the West defeat ISIS? It is his insurance policy to stay in power permanently.

The Akhras family (Assad in-laws) living in London can pay PR firms all the money they have, no article can change the fact that the majority of Syrians want Assad deposed and hauled to The Hague to face justice.

Unless, of course, Mr. Rachman writes an article telling us how imbecilic were the Nuremberg Trials.