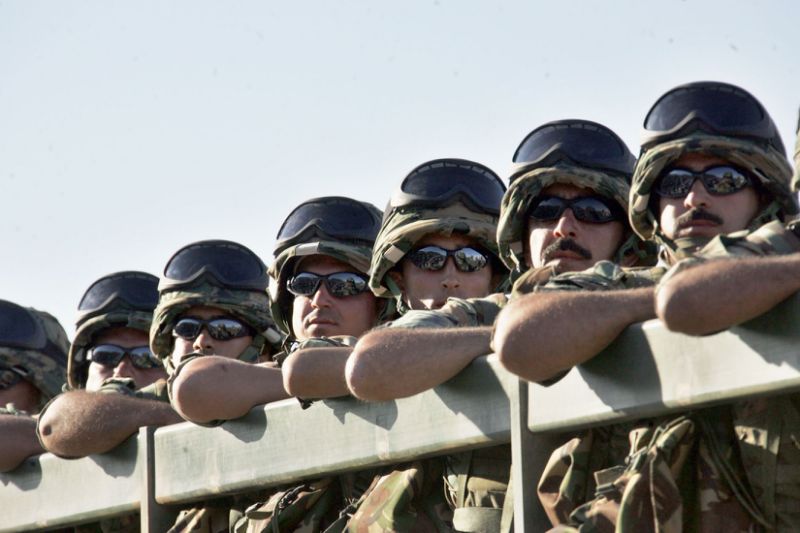 June 6, 2013 11:38 am 1
Congress Must Reject Deal to Avoid Future War With Iran
Trump Should Protect the US Embassy in Lebanon
A Richer Iran Will Target the Americas

Some news you read make you realize why we, Arabs, are in so much trouble in spite of all the wealth accumulated, and the history to back greatness rather than the mediocrity before us. If we don’t stop complaining and start forming a professional Arab army, our legacy will be relegated to the footnotes of history.

Nabil El-Araby, the Secretary General of the Arab league, condemns Hezbollah for interfering in Syria. The League also issues its own “Strong Condemnation” against foreign intervention in Syria.

As if the Arab league condemnation is going to have any effect on the course of history in the region.

The Arab League has become pathetically lazy over the last decade watching Iran flex its muscle, Hezbollah willing to die for its cause, and Assad carrying the stick of dynamite while radiating with terror.

Between suicide bombers certain Arab societies are able to produce, and a total reliance on America to run to their aid every time the rulers sweat from pressure, those fat cats have lost sight of how weak Arabs are.

Compare that to the single obsession of Israel with regard to its security and those of its people under the banner of a strong and committed army.

One would think the Arab League learned a lesson when Saudi Arabia gathered all of its 25,000-strong army in 1991 to meet Saddam’s advancing forces on Kuwait, or that the very creation of Hezbollah was enough of a warning to take the necessary steps to protect the Arabs from an aggressive Iran under the Mullahs.

The distractions among Arabs as they competed for who can build the tallest skyscraper or who can inaugurate the most expensive palaces have left the door open for Iran to control their destiny.

The fall of Qusayr to the Assad forces is a turning point that will have immense repercussions, both regionally and internationally.

With regard to US interests, it shows that the only aggressive armies in the Middle East of today capable of defeating the West carry the Iranian banner. The amateurish approach the Obama administration has selected to deal with Syria may suddenly dawn on the NSC staff operating the US security ship that John Kerry’s 30-day on the job in pursuit of appeasing Putin has proven to be a disaster.

With regard to the Arab ruling families and the Arab masses, the fall of Qusayr is a clear demonstration that no Muslim extremist or rag-tag rebels armed with more ideology than bullets will protect them from Iran.

Instead of mobilizing Islam, it is high time for the Arab League to think of mobilizing its own security by building its own professional Arab army with one mission: To defeat Iran/Assad/Hezbollah wherever it may be. Short of that, the gloating of Assad alone over Qusayr will bring down Arab governments just with their fireworks of celebration.

Arming Islamic extremists, besides the most obvious of reasons, is so damaging to Muslims and Arabs, we believe Syria was lost because of this misstep. In fact, the Arab League fell in the Assad’s trap because the regime relied on the streaming of extremists to win the public opinion battle.

Furthermore, Obama did not help by empowering the Muslim Brotherhood whose effect was to rally the minorities around Assad, which is, by far, the biggest favor this amateur President arranged for Putin to defeat the US in Syria.

Unless Arabs take care of their own problems by building a professional Arab army to be led by rotation to fight terrorism and extremism, we expect Iran to submit them to her fealty sooner than later. America is no mood for wars and Arabs have no choice but to fight terror on their own.

After the defeat in Qusayr, the Arab ruling families are sensing their new masters are now in Moscow and Tehran, not Washington.

Loading...
Newer Post
Barack Obama Unfit to be President of the United States of America
Older Post
The True Lesser of Two Evils Between Assad and the Islamists