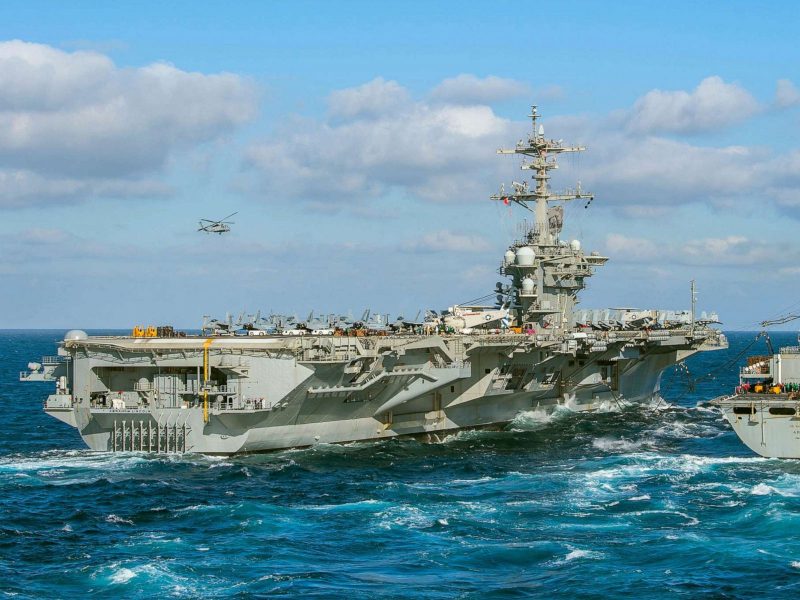 June 21, 2019 2:10 pm 0
Had the US Implemented the Caesar Act in 2014
Putin War in Syria Really Targets NATO
Pompeo Gets Assad Control of Syria Correctly

Tom Rogan, a first-class journalist, wrote an opinion for the Washington Examiner in which he argued the “Two major differences between Trump’s Iran retreat and Obama’s red line“. In our opinion, small time Trump blinked big time.

While Rogan makes a valid point by claiming President Obama’s red line was far more serious because he announced it, then retreated — as opposed to President Trump never making the threat in the first place — we beg to differ on how serious Trump’s retreat is perceived.

Maybe the president did not announce the attack ahead of time, but Rogan misses an important point. Assad attacked the Syrian people when Obama issued his red line threat. Iran, on the other hand, attacked the United States of America. Obama became the wimpy President after his Syria debacle, but Trump just became the cowardly President after refusing to defend his own country from a deliberate military attack.

One president’s inaction was to protect the Syrian people from crimes against humanity. This president’s oscillation and inaction to defend his country sends a loud and clear signal to Iran that it could cross any red lines in the future when it comes to American assets in the Middle East. It is a question of time before Iran becomes even bolder as it builds up a crescendo of attacks, one more serious than the one before, to test America’s resolve.

When the Mullahs attacked a US drone and small time Trump blinked big time, it crossed a Rubicon. One that declared to the world that Iran is capable of exacting a US defeat at the hands of its own military.

The non interventionist Trump is not looking for a Middle East war, or a confrontation with Iran. That much, we are certain. Trump wants to negotiate a better Iran Deal he can use to bully others. It’s an ego trip for him. To claim that he is a greater President than his predecessor. That’s really all.

What Trump does not realize is that Iran knows it too. The cunning Mullahs are not about to hand him a victory of any sort, under any circumstance. This fact has yet to dawn on our small time President.

And as long as Trump believes Iran may come to the negotiating table, just pick-up your calculator and start adding the number of defeats this President is going to make us all endure just so he gets his own grander-than-life Iran Deal Deux.

Had Trump acted by hitting Iran really hard and where it mattered the most, he may have succeeded in bringing the barbaric Mullahs to the negotiations table as their options become so limited. Instead, our small time President blinked, thus permitting the game to go on with a clear advantage to Iran.

What do you think President Ronald Reagan would have done? His first target would have been the palatial residence of Khamenei after giving him 30 minutes to evacuate. That’s how you win against rogue and barbaric regimes in the Middle East.

Learn from our history. This is how, in 1986, Reagan silenced Qaddafi’s terror for years to come when he bombed his palace after Qaddafi bombed La Belle, a west Berlin discotheque frequented by US troops.

Honestly, Trump is nothing but a small time President. He blinked big time in the face of an enemy it is imperative to defeat. Far more than Assad of Syria.