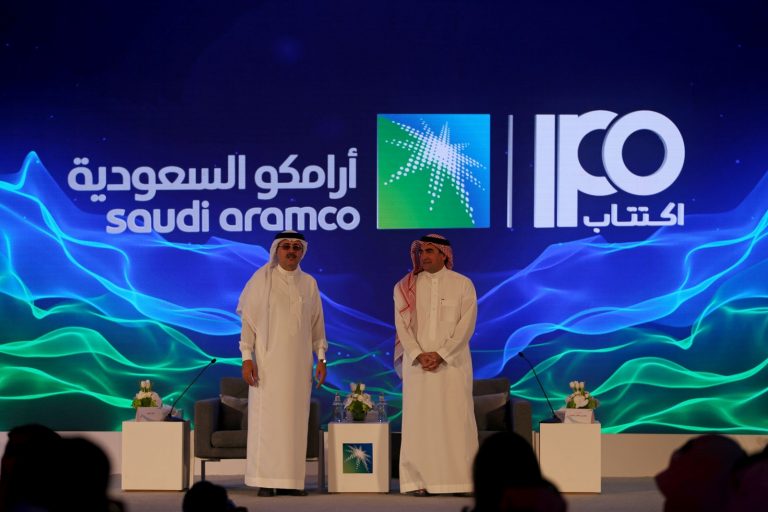 The kingdom of Saudi Arabia has announced its intention to float shares of Aramco in a much anticipated IPO (Initial Public Offering). The FDI (Foreign Direct Investment) fever of what might be the most valuable company ever to be listed is fogging the minds of institutional investors. Many of them led by finance geniuses whose knowledge of history is primitive. If one acquired some knowledge about the history, and the nature of authoritarian regimes, when investing in valuable foreign assets, one would see the colossal risks inherent in the Aramco IPO.

The Suez Canal Company, equally owned by Great Britain and France, built the Suez Canal in Egypt. Both countries saw their investment totally ruined when the President of Egypt nationalized the canal in 1956. What if Saudi Arabia, under a different ruler, decides to nationalize Aramco in 20 years or so? Considering today’s ruler enjoys no support in many Arab countries or even the west, such eventuality is probable.

Even possible if the present ruler, Mohammad bin Salman, squanders the investors’ funds on projects built by western companies, and which yield no positive economic results for the kingdom. With its comparative economic advantage disappearing, how long before another hard-liner ruler determines the west “stole” Saudi oil wealth by conniving to turn Aramco into an asset on their balance sheets. When, thank you very much, Saudi Arabia owned its own oil?

Because Aramco’s assets will always remain on Saudi soil, the risks inherent are perilous. Not the Dutch tulip disaster exactly, but most certainly fraught with high risks.

Countries with a clear comparative advantage, like Saudi Arabia in producing cheap chemicals from access to cheap oil as compared to the west, almost always fail when they permit foreign nations to own their assets. This IMF report clearly states this excellent point, which makes investing in Aramco quite risky.

Additionally, Aramco, as a public company, might experience ebbs and flows in its valuation. Some of which might be the result of a Saudi controlling board unwilling to make concessions any normal international investor expects in the course of adding value. Even as the value of oil remains steady, decisions surrounding operations and strategy might impact negatively an investment.

Such would not be of concern if Aramco was a British company extracting British oil on British soil. But how will investors react to Saudi clash of culture? Or Saudi management style? Or Saudi decision-making process affecting oil prices? The unpredictability creates unbearable conditions and pressures on investors.

The Aramco hype provides the ruler, Mohammad bin Salman, with powers to twist elbows and break fingers. The greed factor alone is enough for any sharp investor to slide down the rabbit hole unknowingly. Not to mention the bartering factor MbS will use to induce investors for some Quid Pro Quo on some project that Saudi Arabia has total control over. It may or may not materialize.

It is not up to the institutional investor to decide. That investor just sank few billions in Aramco stock in the hope his other investment in company XYZ, which Saudi Arabia promised a multi-billion dollar contract, might actually happen. It is up to the Saudis for it to happen.

Just think Suez Canal if Saudi Arabia squanders $200 billion in pursuit of an unrealized dream. France pulled in $60 billion from tourism in 2017. How much will Saudi Arabia pull in?

What happens when the kingdom finds it has no income to rely upon except Aramco?