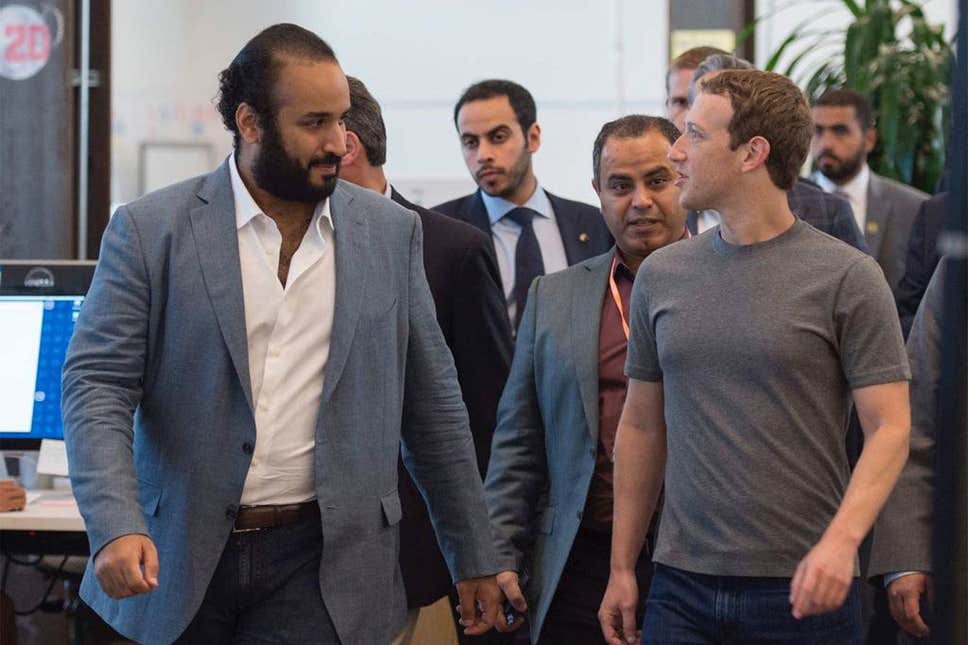 August 4, 2019 6:19 am 0
Hezbollah Terrorists Can Kill But Not Govern
Commander of Empty Threats Backs Down on Iran
Many Benevolent Countries Are Rushing to Aid Lebanon

People connected to the government of Saudi Arabia have run a network of fake accounts and pages on Facebook to promote state propaganda and attack regional rivals, the social media giant said on Thursday. Apparently, Mohammad Bin Salman is peddling disinformation on Facebook.

Facebook said it had suspended more than 350 accounts and pages with about 1.4 million followers. This represents the latest takedown in an ongoing effort to combat “coordinated inauthentic behavior” on its platform; it also represents the first such activity it has linked to the Saudi government.

The MbS regime denied any knowledge, just like it denied it killed Jamal Khashoggi.

The Center for International Communication, the government’s media office, said in a statement it sent to Reuters:

The government of Saudi Arabia has no knowledge of the mentioned accounts and does not know on what basis they were linked to it.

Facebook announces takedowns of “inauthentic behavior” as often as multiple times a month, but statements that directly link such behavior to a government are rare.

For this operation, our investigators were able to confirm that the individuals behind this are associated with the government of Saudi Arabia. Anytime we have a link between an information operation and a government, that’s significant and people should be aware.

Facebook also said it had suspended a separate network of more than 350 accounts linked to Egypt and the UAE. In that case, it did not directly link the activity to a government.

Gleicher said the Saudi campaign operated on Facebook and its Instagram photo-sharing platform. It primarily targeted countries in the Middle East and North Africa.

The operation used fake accounts posing as citizens of other Arab countries. The pages were designed to look like local news outlets. The Saudi Government spent more than $100,000 on advertisements, Facebook said.

They would typically post in Arabic about regional news and political issues. They would talk about things like Crown Prince Mohammed bin Salman – his internal and economic social reform plan, the successes of the Saudi armed forces, particularly during the conflict in Yemen.

Andy Carvin, senior fellow at the Atlantic Council’s Digital Forensics Lab, who worked with Facebook to analyze the Saudi campaign, said some of the accounts dated back to early 2014 but the majority had been created in the last two years.

More than 90% of the content was in Arabic, Carvin said. Some of the accounts “essentially operating as fan pages for the Saudi government and military.”

U.S. intelligence officials have said that Russia used Facebook to interfere in the 2016 U.S. presidential election. They are as concerned Putin will do it again in 2020. Moscow denies such allegations.

The Atlantic Council’s Ben Nimmo said online information operations were becoming increasingly visible as more governments and political groups adopt the tactics and the social media companies step up efforts to take them down.

Facebook has made at least 14 public announcements about takedowns of “inauthentic behavior” stemming from 17 different countries this year. The most recent announcement before Thursday included accounts run by people in Thailand, Russia, Ukraine and Honduras.

Facebook said that the network based in the UAE and Egypt it dismantled was separate from the Saudi campaign. Although it targeted some of the same countries in the Middle East and Africa with messages promoting the UAE.

This shows how much social media has become a battleground, particularly in the Gulf, where you’ve got very strong regional rivalries and you’ve got a long tradition of working through proxies. This is almost becoming normalized.  Where you get geopolitical tensions, you get stuff like this going on, and we’re moving into a space where the platforms are dealing with this almost as routine.