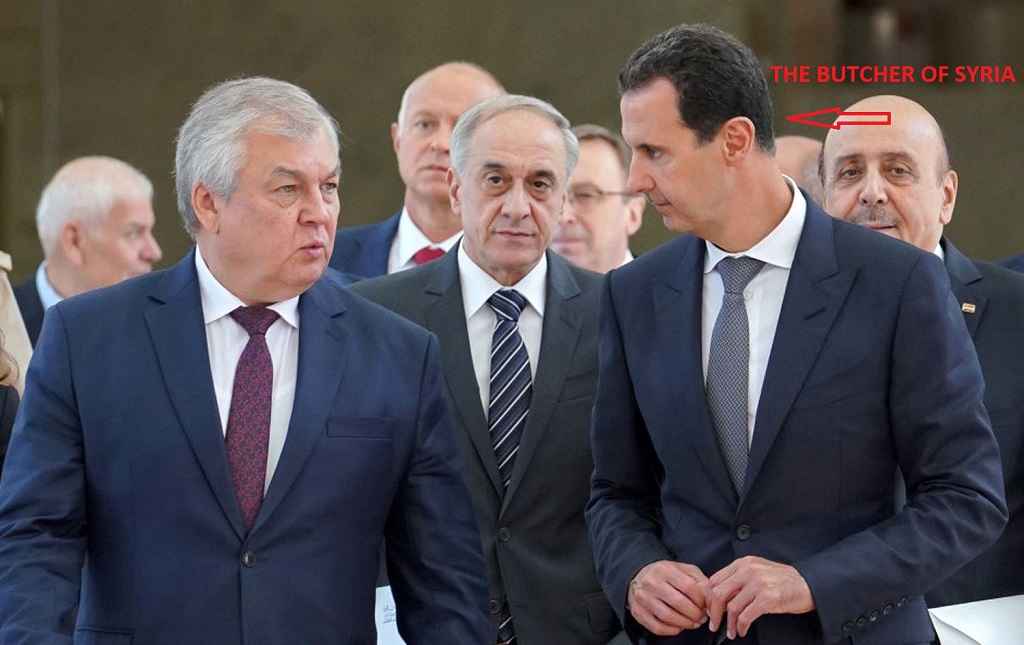 Assad Attempt at Extorting the West to Resettle Syrian Refugees

October 30, 2020 4:47 am 0
Asma Assad is Free of Cancer, Her Husband is Free to Bomb Hospitals
Assad Transparency Humbles All the Other Lying Sons of Bitches Dictators
Syrian Defector Pleads With US Lawmakers to Stop Assad Terror

The butcher of Syria met on Thursday with a high-level Russian delegation advocating for jointly hosting an international conference on refugees in the capital Damascus next month. This conference represents, in our opinion, another Assad attempt at extorting the west to resettle Syrian refugees neighboring countries are harboring from his regime of terror. For one, Assad is trying to skirt any political resolution o end the civil war. Also, his regime is bankrupt, and Assad believes he can force the west to pay to take back the very same people he violently forced to leave the country.

Prior to a political resolution, Western nations and the millions of Syrian refugees are against any conference to secure their return. Assad terror displaced another 6 million Syrians inside the country.

A U.N.-facilitated political process has been stuck for months and many Western countries blame the Assad government for blocking progress. Many Syrians and Western countries believe conditions in Syria are not ripe for the mass return of refugees.

It is also unlikely that Turkey would attend a conference held in Damascus. Syria accuses Turkey, which backs the armed opposition, of illegally deploying troops inside Syrian territory.

PUTIN IS RUNNING OUT OF OPTIONS

The proposed dates for the Russia-sponsored conference are Nov. 11-12. But Putin is running out of options to insure the economic viability of his little Stalin in Damascus.

The Russian delegation, led by Alexander Lavrentiev, met with Assad, according to state news agency SANA.

The two sides discussed efforts to ensure the conference achieves positive results; especially to “alleviating the suffering of Syrian refugees and allowing them to return to their homeland and their normal life.”

The talks dealt with the challenges facing the conference, especially the attempts of some countries to prevent its convening, thwart it, or to exert pressure on countries willing to participate.

In other words, the countries that resist Assad extortion.

ASSAD ATTEMPT AT EXTORTING THE WEST

U.S. Deputy Ambassador to the United Nations Richard Mills said Wednesday the conference was not organized in coordination with the United Nations, or the countries hosting the largest numbers of refugees. Mills urged nations to boycott it.

Mills said the U.S. “does not believe the Russian military is a credible host for convening a meaningful discussion on the return of refugees.”

The forum will provide a platform for substantive dialogue with all stakeholders on all issues related to providing assistance to Syrians returning to their homes.

Unfortunately, we are forced to say that due to the anti-Syrian bias a number of colleagues had immediately started to discredit this humanitarian initiative. We are receiving clear signals about the refusal of a number of Western states to even discuss this topic.

Not to say anything about a “revolving door of torture and terror”.

Assad Attempt at Extorting the West to Resettle Syrian Refugees