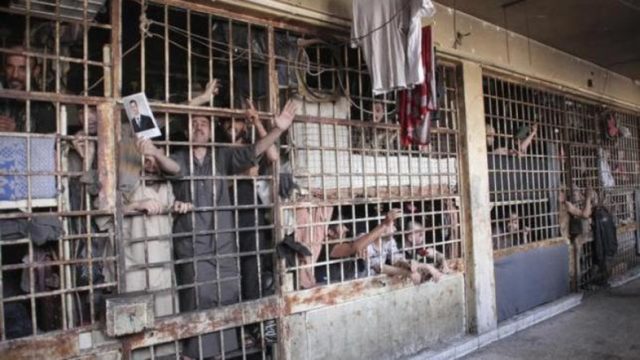 December 20, 2017 1:20 pm 0
Negotiations With Iran Outweigh Stopping Assad Terror
How the UN Let Assad Edit the Truth of Syria’s War
When we elect an ignorant president

Robin Wright, who has established herself as a thoughtful and ethical journalist specializing in Middle East politics, wrote an article for the New Yorker detailing life in Assad Syrian prisons. We called it “Christmas Reading: Life and Torture in Assad Prisons”

The story revolves around Mansour Omari who, in Robin’s own words, is:

A Syrian journalist in his mid-thirties with wavy hair and sideburns, spent a year documenting the names of detainees who disappeared after the inspiring days of the Arab Spring devolved into a chaotic civil war. Then he became one of the disappeared.

Robin goes on describing the conditions of the Syrian prisons and the mission of Mansour now a detainee himself.

Mind you, with Baschar al-Assad still in power, these prisons today house tens of thousands of Syrians whose only sin was to seek a better future by seeking the removal of the Assad regime of terror. With Assad, backed by his two patrons Iran and Russia, if you seek a better life you get to wish for your old life back bejeweled with stifling oppression and abject poverty.

We believe Robin Wright’s article makes for an excellent Christmas reading list you can distribute around.

In describing what conditions Mansour Omari, and so many others, lived under, Robin writes:

He [Mansour] spent most of the next year in a military detention center three floors underground with no windows, little space, and no access to sun or exercise. The number of his cellmates fluctuated—from sixty to more than eighty—all squeezed into a single filthy room measuring about twenty-five square feet. The prisoners took turns standing, squatting, sleeping astride each other, and sharing a single toilet and a sewer hole to defecate. Omari had no access to legal aid and no way to communicate with his family. Beatings were regular. Bugs were pervasive. Bruises, scabies, and wounds were constant.

“The smell was unbelievable,” he told me. “People were, almost all of them, sick. All of them had blisters or wounds. It’s infections that eat your flesh so quickly.” Throughout their imprisonment, he said, the detainees were never given a change of clothes.

Prisoners in Omari’s cell informally regulated themselves. Groups of four or five shared three floor tiles as their communal space. Omari, who had studied English literature at the University of Damascus and worked as a magazine editor, was one of the few who moved among the groups. He taught English. It was something to do. Without pens or paper, they used strips of worn shirts and wrote words with their fingernails in the dirty film.

Maybe First Lady Michelle Obama could add this article to her Christmas reading list. Just in case she did not realize the damage her husband’s Iran Deal caused for millions of Syrians, Iranians, Iraqis, Lebanese, and Israelis.

Mansour and few other prisoners began documenting the names and birth places of those detained with them. One day, their families may want to know what happened to them should they not survive their ordeal, which many did not.

Do you think Barack Obama would add this article to his Christmas reading list?

Robin tells that part (Please feel free to cry, no one is watching you):

The next challenge was finding a way to write them down. Their only media were the cloth strips torn from worn shirts. For ink, they experimented with weak tomato soup. It ran or faded. They tried darker eggplant—same problem.

“We reached a point when we all said, ‘We failed.’ We were hopeless,” Omari told me.

The tailor—whose name Omari asked me to withhold—came up with an alternative. “He asked for a plastic bag,” Omari recalled. “The bread came to us in plastic bags, but the jailer always wanted the plastic bags back. He counted them. Nothing was allowed in the cell, even plastic bags. But sometimes we managed to steal a bag or a piece of it, because it’s important to have something to preserve things, like salt.”

The prisoners used salt to treat each other’s wounds from torture, Omari said. After a beating, cellmates would grip a prisoner’s arms and stuff a piece of cloth in his mouth to muffle the screams as another prisoner rubbed salt in the wounds.

“This is how we healed each other,” Omari said. “Sometimes it worked. Sometimes not.”

Because of malnutrition and horrid hygiene conditions, many of the detainees’ gums bled. “Anytime anyone smiles, you see a pink color on his teeth,” Omari told me. “It was always tasting blood in our mouths.” Without telling the other prisoners what he was doing, the tailor took the plastic bag into the tiny toilet. He squeezed his already bleeding gums, repeatedly. He came back with a small plastic bag of blood.

The prisoners then tried to write their names in blood, but it, too, ran, so the men scratched rust off the bars of the cells and mixed it with the tailor’s blood to fortify it. Omari began to weep as he recounted this part of his saga. I asked if he wanted to stop. “No,” Omari told me. The tailor, he went on, crafted a quill from a chicken bone. Then the other journalist, Shurbaji, who had the neatest handwriting, began writing the names. By the time the small team was done, they had written the identities of eighty-two men on five little strips of cloth.

Eventually, some of the names escaped into the open written on a blue and white shirt that Nabil Shurbaji wore. Shurbaji died after Assad men were unleashed upon his frail body.

This article is an excellent Christmas reading for Ben Rhodes too, the only U.S. official to be called “Asshole” by Foreign Policy Magazine publicly.

[Mansour] Omari was held at two more prisons before he was released, in February of 2013. After he returned home, Omari removed the hidden strips but didn’t dare publish the list. “The regime would see it and recognize where it came from,” he explained. “That would hurt the people who helped me—and who I was trying to help.”

By then, moisture and perspiration had damaged the shirt. Half the names had faded. Omari quietly started contacting mothers, brothers, daughters, and wives—by word of mouth, on Facebook, and through the opposition’s local coordinating committees. He had to be careful. He faced imprisonment again since his case was still open. Six days after his release, Omari fled Syria by bribing an official to get across the border to Lebanon. He spent a year in Turkey, then took refuge in Sweden.

From exile, Omari tried scanning the cloths and using Photoshop to change the contrast and sharpen the words. It helped him decipher a couple more names, he told me. In the end, he reached about thirty families. 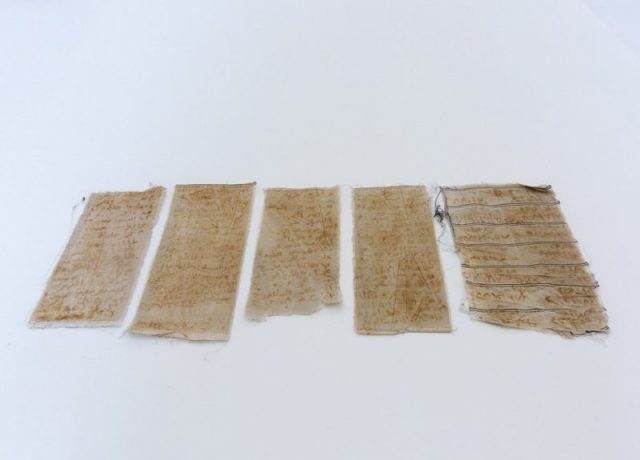 This month, the five cloths arrived in the United States. They are the centerpiece of a haunting new exhibit—“Syria: Please Don’t Forget Us”—that opened at the Holocaust Memorial Museum, in Washington, on December 5th. The cloths—with their runny names—are each encased separately in a darkened room to prevent light from fading them even more. Omari came for the opening, where I interviewed him.