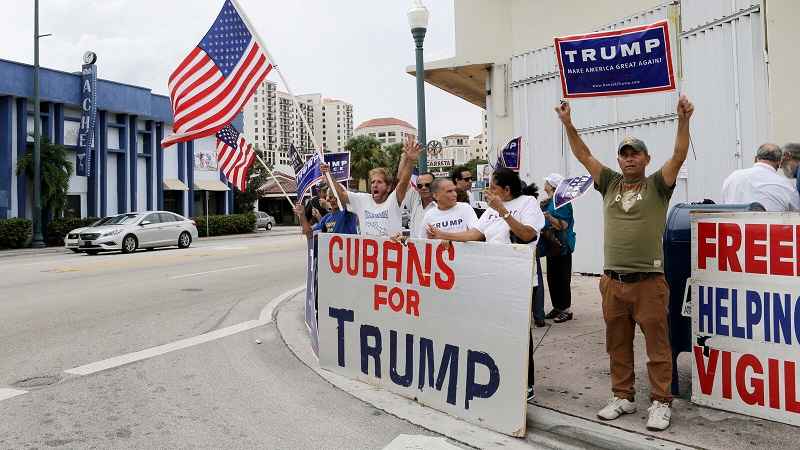 November 7, 2020 4:12 am 0
Similarities Between Trumpism and Assadism
Will Joe Biden Hold Syria Iran and Russia Accountable for Their Crimes?
Assad and Putin Are Planning for a Biden Era

Pundits are out in force trying to explain the phenomenon of why Latinos really voted for Donald Trump. In droves. Many are missing an essential point that only two generations of immigrants who hail from countries with violent dictators can understand.

A November 5 article on NBC cites some examples, but the writers avoid, deliberately or not, to explain some reality most Democrats prefer to ignore. Suzanne Gamboa and Carmen Besin, the authors, write that one of the interviewee, a Robert Gonzales, said about Donald Trump that “He’s not a career politician”.

Does this position really and truly explain Trump garnering about 47% of the Latino vote in Texas? Despite building a wall to stem the flow of disfranchised central and south American immigrants? Despite separating Latino mothers from their children at the borders? Or despite Trump ignoring Puerto-Rico pleas for fiscal relief after a devastating hurricane?

The article, further down, delves into the entrepreneurship side of Latinos that many admire about the free market economy Republicans have touted with pride. Still, one of the real reasons that many Cuban and Venezuelan Americans voted for Trump has nothing to do with the economy or Trump’s background.

Republicans tend to pick a fight with or sanction violent dictators around the world (When it comes to Russia and North Korea, Trump was an exception). Democrats, on the other hand, tend to appease violent dictators often at the expense of families many Latino and non-Latino immigrants left behind.

When Trump sanctioned Iran for its violent behavior, it was to seal the Khamenei   floodgates of violence Barack Obama opened irresponsibly. When Trump bombed the infrastructure of Assad of Syria — even though it was a small strike — Barack Obama and Joe Biden ignored Assad terror to include Obama’s red line.

A note to Democrats vying to close the Latino gap anomaly.

Immigrants who flee violent dictators do not forget their families back home. This is why Cuban Americans overwhelmingly vote the Republican ticket in Florida. Most are looking for a strong President who would stand-up to the authoritarian regime they left behind, not some spineless US President who appeases. Such would only invite more violence against their families.

If the Democrats keep ignoring this particularly sensitive issue, which the Obama-Biden ticket took to extremes, any immigrant to the US, be it from the Americas, the Middle East, or Asia, will ignore the Democratic ticket. The more Biden appeases Iran, for example, the more likely the Democrats are going to lose a very reliable source of immigrants or dual-citizens voting block that usually shows up at the polls consistently.

Something to think about. And it starts by ignoring the likes of John Kerry who will turn off the immigrant population in droves.

What is Mohammad Zarif Doing in Lebanon?
To Hell With 2020 Starting With COVID and Ending With Trump
Falafel Investigates COVID-19 Deaths in Russia
Elections 2020 56 Opinions 1017 Things That Matter 382 US News 19