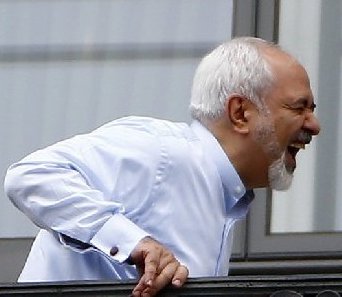 May 12, 2018 8:49 am 0
Direct Looming Regional War Centuries in the Making
Trump Faces Uphill Battle Pulling US Troops Out of Syria
Israel Struck Dozens of Iranian Targets in Syria

Barack Obama’s Iran Deal was always faulty. Its one aim was to prevent the U.S. to go to war because of Iran’s nuclear ambitions. Its other aim deliberately allowed Iran to keep its ballistic missile technology to threaten the region; specifically Saudi Arabia and Israel. Barack Obama wanted to see one hegemonic winner in the region to keep America permanently out of the Middle East. Letting Putin come to Assad’s aid unchallenged follows the same logic. The Iran Deal fictional structure could never hold it in place.

The Obama Administration negotiated the Iran Deal with a surprising high level of secrecy. Later, the public came to find out about certain ill-advised and outright dangerous side arrangements, not implemented in the deal, as leaks began to emerge. The Iran Deal fictional structure is what sank it. We may have stopped Iranian nuclear build-up for the time being, but Barack Obama unleashed a monster with a gargantuan appetite for invading countries and massacring innocent civilians. It was inevitable that we turn the tide and begin confronting Iranian aggression and barbarism, and along with it Obama’s horrible foreign policy legacy.

Anyone who supports the Iran Deal, intrinsically, wishes to see Israel threatened and Arab countries invaded by a barbaric regime of religious terrorists. Exactly today’s scenario as planned by Barack Obama. Given that Donald Trump dismantled it, and Israel is defending itself without U.S. help, it would not be totally inaccurate to claim that the Deal met Obama’s goals. Which is to invade Arab countries and threaten our allies. Obama knew all along it could be dismantled, but he also knew that Iran was unstoppable as long as he was president. Wonder no more why he protected the Assad regime of terror at the cost of untold number of Syrian lives.

The tide is reversing, which seems to upset Obama. He tweeted:

There are few issues more important to the security of the US than the potential spread of nuclear weapons or the potential for even more destructive war in the Middle East. Today’s decision to put the JCPOA at risk is a serious mistake. My full statement: https://t.co/4oTdXESbxe

No mention of the fact his Iran Deal has destroyed millions of lives across the Middle East. This does not seem to enter any equations he constructed that we know of. What kind of a U.S. President ignores the lives of millions of innocent civilians and still claims the high road of morality?

The Iran Deal fictional structure is being dismantled slowly. Western and non-western companies willing to work with Iran will be sanctioned by the United States within six months. This affords them enough time to find import-export alternatives. The long arms of the sanctions will cover French and German companies, which have been protecting the Deal to protect their commercial interests.

Again at the cost of millions of lives. We might add even at the cost of welcoming thousands of Syrian refugees rather than confront the Assad and Khamenei terrors in the region.