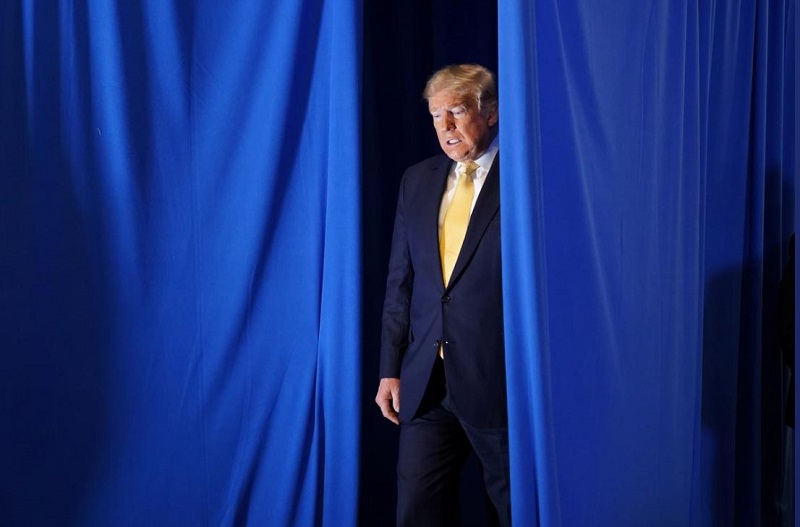 Russia is Interfering in the 2020 Election Campaign

February 21, 2020 8:00 am 0
2020 Presidential Election Looks Uglier Than Ugly
Israeli Peace with Gulf Arabs Should Come First
Axis of Self Destruction Is Working to Bust US Sanctions

U.S. intelligence officials told lawmakers last week that Russia is interfering in the 2020 election campaign by aiming to cast doubt on the integrity of the vote and boost President Donald Trump’s re-election, a person familiar with the briefing said on Thursday.

The person, who spoke on condition of anonymity because of the matter’s sensitivity, said Trump’s Republican allies on the Democratic-led House Intelligence Committee questioned the assessment presented by officials of the Office of National Intelligence last Thursday.

One of the briefers said:

The Republicans responded as you would expect. They went nuts. They questioned the intelligence.

The briefers warned the committee in the classified briefing that Vladimir Putin was working to cast doubt on the integrity of the Nov. 3 vote. While at the same time boosting Trump’s election to a second four-year term.

“They (the Russians) are favoring one candidate while they do it,” said the person, adding that the briefers identified that candidate as Trump. The source declined to elaborate.

There was no immediate response to a request for comment from committee Republicans.

The New York Times reported on Thursday that a day after the briefing, Trump rebuked acting Director of National Intelligence Joseph Maguire for allowing his staff to appear before the committee. It quoted five people familiar with the matter.

Trump said on Wednesday he was replacing Maguire on an acting basis with Richard Grenell. He is a strong Trump loyalist who has served as ambassador to Germany since 2018. Loyalism over competence.

The Times said that in reprimanding Maguire, Trump cited the presence in the briefing of Democratic Representative Adam Schiff, the intelligence panel chairman. He led the House impeachment proceedings against Trump on charges of abuse of power; as well as obstruction of Congress stemming from the president’s dealings with Ukraine.

The Republican-controlled Senate acquitted Trump of the charges last month.

The White House did not immediately respond to a request for comment.

The Washington Post reported that Trump rebuked Maguire in an Oval Office meeting. It happened after a Republican ally informed the president of the election security briefing.

Shelby Pierson, a Maguire lieutenant who oversees election security, led last week’s briefing for the House committee, according to the Times.

The Office of the Director of National Intelligence declined to comment.

RUSSIA IS INTERFERING IN THE 2020 ELECTION CAMPAIGN

U.S. officials have long warned that Russia and other countries would try to interfere in the 2020 U.S. presidential election campaign.

The U.S. intelligence community concluded that Russia used fake news, cyber attacks and other methods in an operation designed to swing the 2016 presidential election to Trump over Democrat Hillary Clinton.

Trump has repeatedly questioned the finding. At a 2018 summit, he said he found Russian President Vladimir Putin’s denials of Russian meddling “extremely strong and powerful.”

Trump cited with a foreign enemy against American institutions. In any other nation, this is considered treason.

Russia is Interfering in the 2020 Election Campaign