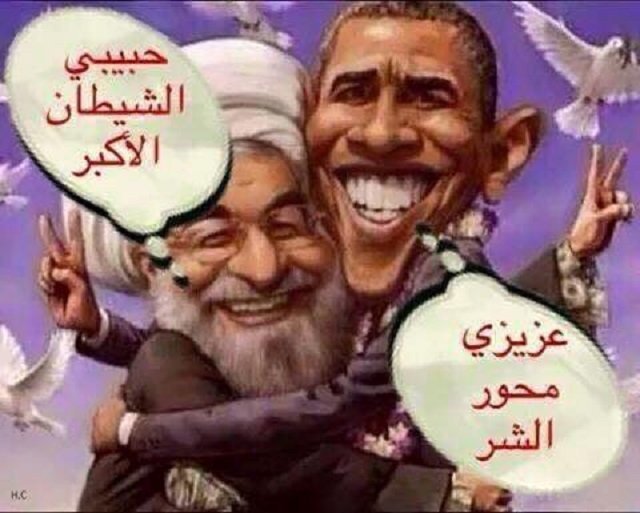 What Tomi Lahren got right and Obama got wrong

Upon watching America News Network’s Tomi Lahren’s recent – and understandably angry – rant over what she described as her government’s “failed, half-way, half-baked, tip-toe, be friendly with Jihadis mentality,” one couldn’t help but think that the world might have been a better place today had someone – as firm and determined as her – been the U.S. president instead of

Indeed, had Mr. Obama been a bit more like Ms. Lahren, then he would have probably not backed away from the red-line which he himself imposed on the Syrian regime when he warned against using chemical weapons, but then ended up doing nothing.

However, as a result of this ‘lack of strategy’, we went from having a few hundred ISIS fighters back then, to what experts estimate to be anything between tens of thousands to 200,000 members today with operations not just in the Middle East and North Africa, but in Europe and the U.S. as well.

Similarly, had the White House listened to the advice from its allies in the region which urged it not to back Iraqi PM Nouri al-Maliki, who deliberately marginalized and targeted Sunnis after the U.S. promised them their rights and a seat at the table if they cooperated with Baghdad to defeat al-Qaeda (which they did in 2008 through the ‘Sahwat’ or ‘awakening’ movement), then maybe Iraq would have been a different place today and ‘yesterday’s moderate’ wouldn’t have become today’s terrorist,’ as Lahren said.

Even when it was clear that the ISIS crisis was brewing, the Obama administration still didn’t act quickly enough – perhaps because it thought that this wasn’t an American problem, or that maybe this would be a great opportunity to lure in extremist Sunnis and extremist Shiites to fight and eradicate each other.

However, as a result of this ‘lack of strategy’, we went from having a few hundred ISIS fighters back then, to thousands of members today, with operations not just in the Middle East and North Africa, but in Europe and the U.S. as well.

What happened to ‘we don’t negotiate with terrorists?’

Now, while the U.S. government’s ‘lack of strategy’ has helped Sunni extremism flourish (against the interests of key American allies such as Saudi Arabia, which are – on an official level –major allies in the war against terrorism), the Obama administration went against the long-standing American principal of ‘not negotiating with terrorists’ when it signed the nuclear deal with Iran, who has been regarded as one of the biggest state sponsors of terrorism.

Of course, President Obama may fancy himself a peacemaker by approaching Iran with open arms and convincing them to get rid of their nuclear weapons ambitions. But what is he going to do about their non-nuclear acts of terrorism? Or has he forgotten the 444 day hostage crisis when 52 American diplomats and citizens were held by supporters of the Islamic Revolution of 1979?

Iran is also responsible for the 1983 Beirut barrack bombings, which targeted U.S. marines and thanks to the nuclear deal it signed with the U.S., will now be able to better finance Hezbollah, who were behind the attack.

Hezbollah, despite once being hailed by many Arabs and Muslims as liberators, has been a destabilizing force ever since the Israeli withdrawal from Lebanon in 2000 and is regarded today by the U.S. and some of its Arab allies a terrorist group.

Did President Obama not hear the news that just yesterday, Hezbollah Secretary-General Hassan Nasrallah said America will still remain the “Great Satan” and that the Lebanese party can still count on Iran’s support even after the nuclear deal? Of course, this echoes the sentiments of Nasrallah’s leader: Iran’s Supreme Leader Ayatollah Khamenei who – immediately after his country signed the deal with the U.S. – said that Iran won’t stop backing its allies, labelling America as “arrogant.” This was followed by his latest tweet showing a silhouette of a man, believed to be U.S. President Barack Obama, holding a gun to his head with a caption reading: “We welcome no war nor do we initiate war but if any war happens, the one who will emerge loser will be the aggressive and criminal U.S.”

Furthermore, Iran – through the many other terrorists groups it funds and directs – has played a major role in destabilizing Iraq and undermining all efforts to bring peace, co-existence and unity to the country following the 2003 war.

Aided by their ally, former PM Nouri al-Maliki, Iranian paramilitary groups such as Asaib Ahl Al-Haq (AAH), have been involved in around 6000 attacks on American, coalition and Iraqi forces. The group is linked with the killing and kidnapping of American soldiers and British civilians.

Of course, not only is Iran responsible for sponsoring Shiite terrorist groups, but Sunni ones too. In fact, according to the U.S.’s own State Department, Tehran was home to a number of Al-Qaeda facilitators and high ranking financiers. These accusations are also backed by findings of the U.S. Treasury Department as well.

Many Gulf countries, which are all major U.S. allies, also accuse Iran of meddling with their internal affairs and encouraging their Shiite citizens to revolt against their governments.

Most recently, tensions between Saudi Arabia and Iran reached their peak as Riyadh accused the Islamic Republic of backing the Houthi militias in Yemen.

Last March, Saudi Arabia formed a coalition and waged an ongoing military campaign against the Houthis and in support of the legitimate government of President Abdrabbu Mansour Hadi who is now living in exile.

The Houthis – who chant “DEATH TO AMERICA” as part of their daily discourse, have reportedly been receiving aid and backing from Iran (yes, the same country President Obama just lifted sanctions and financial restrictions on).

To conclude, although she did get several things right; one could easily also disagree with many of Tomi Lahren’s views as well; mostly based on the fact that she thinks extremism is becoming the norm, this is unfair to the majority of good, moderate and hardworking American Muslims (including those in the armed forces). However, it is okay for her to err. After all, unlike the case is with Obama, she is not the President of the United States and people’s lives are not at stake!

What Tomi Lahren got right and Obama got wrong