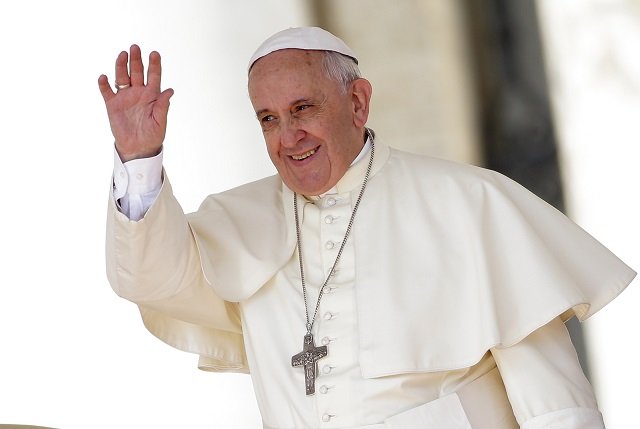 Pope Appeals for Release of Christians Abducted in Syria

July 26, 2015 11:53 am 0
Obama’s danger
How Dangerous Assad and Iran Are to Syria’s Christians?
Assad Forces Targeting and Killing Christians

Pope Francis on Sunday appealed for the release of an Italian Jesuit priest and two Orthodox bishops kidnapped in Syria two years ago, asking leaders to work for the freedom of all those abducted there.

Father Paolo Dall’Oglio, a Jesuit priest who worked in Syria for more than 30 years and who supported the uprising against President Bashar al-Assad, disappeared on July 29, 2013 in the city of Raqqa, now a stronghold of militant group Islamic State.

Dall’Oglio was well known in the Middle East and Europe for his work promoting Christian-Muslim dialogue. He was restoring an ancient monastery in the desert and had refused to leave the country for his own safety after the civil war started four years ago.

Several months earlier, two Orthodox bishops were kidnapped in an area near the Turkish border where they had gone to negotiate the release of two abducted priests.

Francis, speaking to tens of thousands of people in St. Peter’s Square for his weekly prayer and message, called for a “renewed commitment” by local and international authorities “so these brothers of ours can regain their freedom soon.”

When the Pope appeals on behalf of the Catholic and the Orthodox Christians abducted, it shows how little influence the Orthodox Church exerts in Syria among the majority Sunnis.

The Church chose to side with the Assad regime against the majority of Syrians who were seeking freedom from his tyranny.

When Syrians decided to fight back against Assad’s terror, they turned to their own god to save them when the world ignored their pleas for help, which inevitably invited the extremists to take control of the retaliatory military activities the rebels started.

Pope Appeals for Release of Christians Abducted in Syria