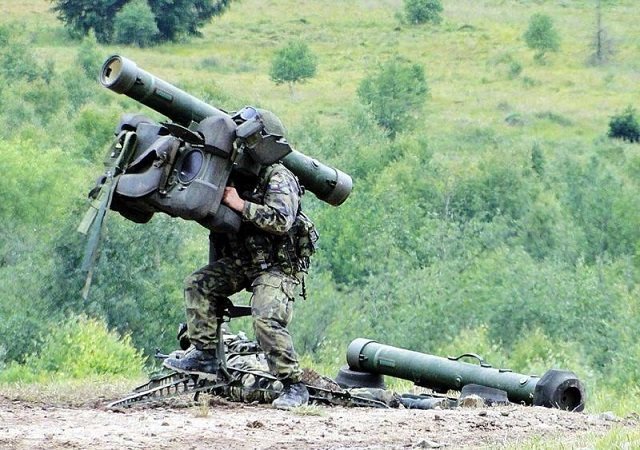 What Choices Saudi Arabia Has in Syria But To … ?

October 5, 2015 8:28 am 0
Saudi Arabia Would Cease to Exist If …
Falafel Interviews Jason Rezaian in a Saudi Jail
The Saudi Nuclear Program

What choices Saudi Arabia has in Syria but to up the ante by providing sophisticated defensive weapons to the Free Syrian Army?

If the evil thugs (Assad, Putin, Khamenei) defeat the rebels fighting the Assad tyrannical regime, Saudi Arabia will be the next natural target for Iran. A defeat of Saudi Arabia is a defeat of ALL Arab Sunnis. It provides Iran with a blanket security that no other Sunni Arab country could derail its march towards domination of the region.

What choices Saudi Arabia has in Syria but to send the rebels hundreds of anti-aircraft missiles whether Obama likes it or not. For al-Sauds, it is an existential decision they will not ignore. As long as the war in Syria is undecided, Iran is unable to open a third front inside the kingdom. For the Mullahs, Syria’s closure means Saudi commencement.

Iran has one year to roll over Saudi Arabia to create a fait accompli. The U.S., with Barack Obama as president, would not come to Saudi Arabia’s rescue no matter what agreements or treaties the kingdom believed it can rely upon for its security. All Obama would do, if Iran begins to destabilize Saudi Arabia internally, is to lecture the Iranians about neighborly love. Obama could care less about U.S. interests and allies in the region.

If Russia is able to destroy Assad’s opposition quickly, the Iranian Mullahs would use the win to establish Damascus as the main hub extending their Caliphate in Tehran. All indications are that the combination of ethnic cleansing and Syrian Sunni exodus campaigns the Assad regime is behind aim at establishing a Caliphate in Damascus under the guise of a secular weak leader Iran runs remotely from Tehran.

As far as Russia is concerned, its mission is to save Assad. Once done, it will thin its troop deployment and establish just enough of a military presence to preserve the status quo. Syria is an Iranian Shiite domain Russia wants to influence in its fight against fatalistic Sunnis.

If we see it this way, you better believe Saudi Arabia sees it too. What choices Saudi Arabia has in Syria but to send the Free Syrian Army anti-aircraft missiles?

If they do not, al-Sauds will cease to exist within two years.

What Choices Saudi Arabia Has in Syria But To … ?