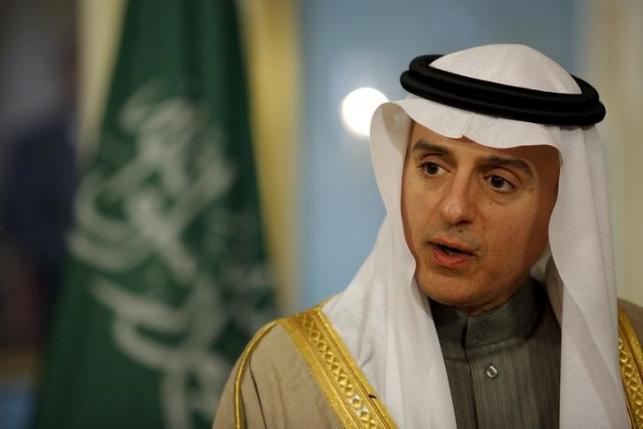 Saudi Foreign Minister Adel al-Jubeir said on Saturday that Syrian President Bashar al-Assad must leave at the beginning of a political transition, not at the end. Saudi Arabia won’t rest until Assad departs.

The country’s leadership understands how dangerous he is to the security of all the Arab countries. Assad is Iran’s Trojan Horse in the Middle East whose role is to destabilize all Sunni countries on behalf of Iran.

His comments came days before the United Nations plans to reconvene peace talks to try to end the five-year-old civil war in Syria.

The United States and other Western governments that were previously calling for Assad’s early departure have quietly backed away from that demand as his position has been strengthened by Russia’s military involvement in Syria since last September.

In February, Saudi Arabia suspended a $3 billion aid package for the Lebanese army in response to Beirut’s failure to condemn attacks on Saudi diplomatic missions in Iran.

Jubeir told journalists during a visit in Paris:

“We made the decision that we will stop the $3 billion from going to the Lebanese military and instead they will be re-diverted to the Saudi military. So the contracts (with France) will be completed but the clients will be the Saudi military”.