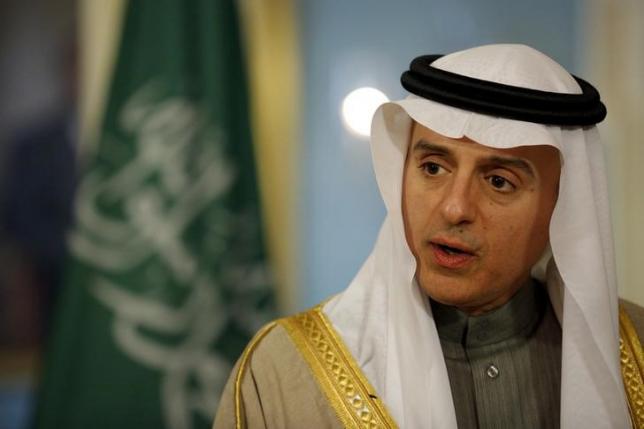 No Baschar Assad in the Future

February 13, 2016 2:36 am 0
US Policy in the ME: When Confronting a Virus, Build More Hospitals
New Nobel Prize for Idiocy
Assad is responsible for the carnage in Syria

Baschar al-Assad will not be ruling Syria in the future and Russia’s military interventions will not help him stay in power, Saudi Arabia’s Foreign Minister Adel al-Jubeir told a German newspaper in an interview published on Saturday. No Baschar Assad in the future for Syria. Do the Saudis know things the rest of us don’t?

“There will be no Bashar Assad in the future,” al-Jubeir told newspaper Sueddeutsche Zeitung.

“It might take three months, it might take six months or three years – but he will no longer carry responsibility for Syria. Period.”

Saying that the Syrian people’s determination to topple al-Assad was unbroken despite heavy Russian air strikes and persecution within the country, al-Jubeir criticized Russia’s involvement in the five-year-long war.

He said that Assad’s previous calls for help to his own military, Iran, Hezbollah and Shiite militia forces from Iraq and Pakistan were all in vain.

“Now he called the Russians, but they won’t be able to help him either,” al-Jubeir said.

Russia entered the war on Sept. 30 2015 in support of the Syrian president. At least 250,000 people have been killed, 11 million made homeless and hundreds of thousands have fled to Europe since the conflict began in 2011.

Moscow has said its air strikes are against the extremist militant groups Islamic State and the Nusra Front, but other countries and rebel groups say the attacks target civilians.

Asked about a more direct military involvement with ‘boots on the ground’, al-Jubeir said such discussions were currently underway among the member states of a U.S.-led coalition against the Islamic State.

“If the coalition should decide to deploy special forces in the fight against IS in Syria, Saudi-Arabia will be ready to participate,” he said, using the initials IS to refer to Islamic State.

At a peace and security conference currently underway in Munich, major powers said a peace deal could only be reached if Moscow stops bombing insurgents other than Islamic State.

But Russia pressed on with its air strikes in support of al-Assad, who vowed to fight until he regained full control of the country.

No Baschar Assad in the Future