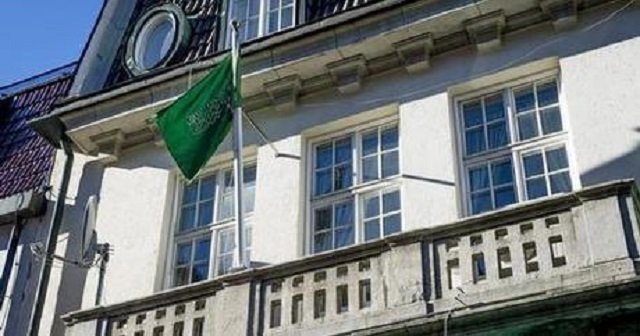 Saudi Embassy in Iraq is Advance Warning on Iranian Activities

Saudi Arabia reopened its embassy in Baghdad Tuesday, a quarter of a century after relations were broken over Iraq’s invasion of Kuwait, a foreign ministry official said. In fact, a Saudi embassy in Iraq is an advance warning system against Iranian activities.

“The staff of the Saudi embassy arrived today in Baghdad. They were met at the airport by foreign ministry officials. The staff consists of 35 people, led by the ambassador’s deputy.”

The ambassador himself is due to arrive by Thursday and will attend an official opening ceremony.

A consulate is expected to open later in Arbil, capital of Iraq’s autonomous Kurdish region.

Diplomatic relations between Saudi Arabia and Iraq were severed in 1990 but restored in 2004 after the U.S.-led invasion toppled Saddam Hussein.

Relations remain strained between the Gulf kingdom, a Sunni powerhouse, and Shiite-dominated Iraq, where Iran and armed groups loyal to it wield huge influence.

Iraqi officials have repeatedly accused Riyadh of abetting the Islamic State group, which took over swathes of the country last year. Re-opening the Saudi embassy in Iraq permits the Kingdom to influence Iraqi propaganda driven by Iranian fear or intimidation.

Saudi Embassy in Iraq is Advance Warning on Iranian Activities