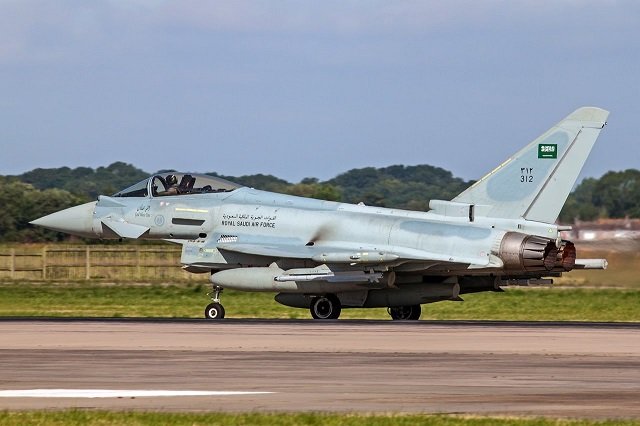 As Russia gets away with murdering Syrian civilians by bombing schools and hospitals in Aleppo, Saudi Arabia and Turkey are preparing for some kind of intervention in Syria. What that incursion looks like remains a mystery because of contradictory statements on Saudi Turkish intervention in Syria.

Foreign Minister Mevlut Cavusoglu was quoted by the Yeni Safak and Haberturk newspapers after taking part in the Munich Security Conference as saying that Saudi Arabia is “sending planes to the Turkish base of Incirlik”. Incirlik air base is the hub used by the US-led coalition against ISIS. However, no one believes Saudi Arabia’s real intentions are to strike ISIS without first defending the rebels losing to Russian indiscriminate bombing. As Putin lied about his intentions in Syria when he claimed he is intervening to battle ISIS, so are the Saudis.

Asked if Saudi Arabia could send troops to the Turkish border to enter Syria, Cavusoglu said:

“This is something that could be desired but there is no plan. Saudi Arabia is sending planes and they said ‘If the necessary time comes for a ground operation then we could send soldiers’.”

Turkey is saying Saudi Arabia may be parking some of its Typhoon and F-15 Eagle jet fighters in Incirlik, which leads someone to believe the Saudi intended purposes will be to strike the Iranian and Assad forces now encircling Aleppo. Both the European-made Typhoon and the American-made F-15 Eagle, incidentally, rate higher than the Russian top-of-the-line Su-35 fighter jet now deployed in Syria.

If you read the news coming out of Saudi Arabia, it gives the impression that the kingdom is preparing its intervention by using its own storm troopers. Breibart published an article that opened with this paragraph:

Saudi Arabia’s military spokesman said on Thursday that his country’s decision to deploy ground forces in Syria was “final” and “irreversible,” despite warnings from Russia, Iran, and the Shiite government of Iraq that such a deployment could escalate the Syrian civil war into a regional conflict.

Simultaneously, the Turkish foreign minister, during the same interview, said that Turkey is pledging to commit its own troops to battle ISIS in Syria.

Were the statements made by the Turkish foreign minister intended to confuse Russia or were they simply made due to lack of preparations about what to do? If you listened to the interview Saudi foreign minister Adel al-Jubeir gave to CNN’s Christiane Amanpour, he comes across as confident and as forceful as we have ever seen him. Without any hesitation, he predicted Assad will go either through diplomacy or force.

If so, maybe the contradictory statements on Saudi Turkish Intervention in Syria aim to confuse Russia and the Assad regime. Maybe the real intervention won’t be anything they imagined to keep their criminality and violence against innocent civilians off-balance.