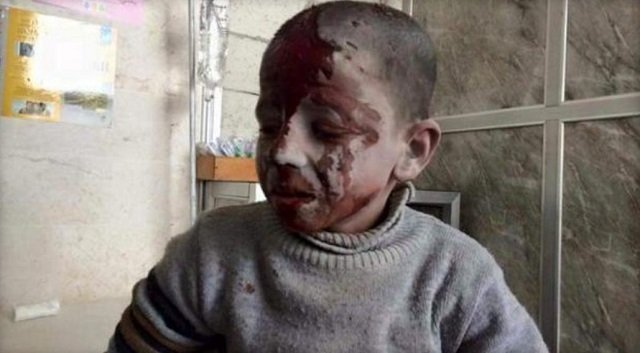 Cessation of Hostilities Aim to Stop Saudi Entrance Into Syria

A happy Secretary John Kerry announced that world powers have agreed to “cessation of hostilities” within one week. For American-Syrians to be skeptical of this announcement is an understatement. We believe Lavrov is leading Kerry by the nose again, but most importantly we believe that cessation of hostilities aim to stop Saudi entrance into Syria in support of the moderate Syrian rebels with its own troops and those of Turkey’s.

John Kerry has been fooled twice by Lavrov. The last time is when Russia sabotaged the peace talks in Geneva by letting Kerry believe they were on-board. The moment the talks began, Russia began a vicious bombing campaign against Aleppo’s civilians that targeted schools, hospitals, and Mosques. Some of the hospitals were managed by Medecins Sans Frontieres (Doctors Without Borders) the Russians did not count on the bad publicity from their criminal bombing campaigns.

We believe again that Lavrov is pulling a rabbit from his hat and Kerry is going Ahhhh. It’s just his nature. Appeasers are so easy to trick, it’s like taking candy from a kid. These cessation of hostilities aim to stop Saudi entrance into Syria.

The question to ask is why would Russia agree to cessation of hostilities when it is just about to defeat the remaining rebels protecting Aleppo? You don’t stop in the middle of a war you are winning to please your enemy. We believe Russia is concerned about Sunni armies firmly united to stop the Russian and the Iranian aggression, which is the main reason of this ploy. Russia hopes it can stop Saudi and Turkish preparations in their tracks to gain few more weeks of unhindered criminal bombing aimed at killing the civilians or those moderates it fears could replace Assad one day.

The new era of King Salman has brought forth a more aggressive approach to confronting Iran; however, Saudi Arabia has yet to set its policy on the basis of conjecture. The kingdom must predict every move Russia and Iran make and prepare for the worst scenarios. Its military preparation to enter the Syrian theater is late in every aspect. These preparations should have been made the day Putin invaded Syria as a contingency plan in case the rebels begin losing. Had those military and diplomatic moves been ready to deploy at a moment’s notice, Russia might still be working its way through surrounding Aleppo, even possibly losing the war instead of winning if the Sunni armies use the range of sophisticated weapons at their disposals.

The cessation of hostilities aim to stop Saudi entrance into Syria in support of the rebels fighting the tyranny of Assad while tricking John Kerry again into believing Russia is willing to stop winning a war in the middle of a war. Saudi Arabia better enter Syria regardless and as soon as possible. If it stands down now, Syria may be lost to Iran for the next 100 years.

Cessation of Hostilities Aim to Stop Saudi Entrance Into Syria