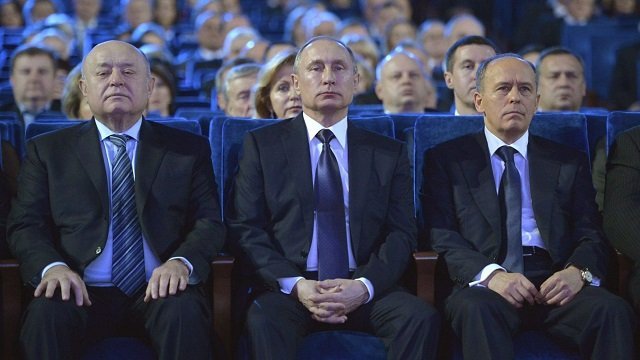 December 27, 2015 6:11 am 0
Intelligence Depository “Before” and “After” the Deal
Lavrov Seeks US Intelligence on Saudi Upcoming Operations in Syria
Western Intelligence Need to Monitor Assad Shabiha Agents

The Syrian rebels need Saudi counter intelligence help if the Syrian revolution is to survive the tyranny of the Assad regime and the patience of the Iranian Mullahs.

The spectacular Russian assassination of Zahran Alloush, along with some of the Jaish al-Islam leadership in Ghouta last week, is suspected to be the result of intelligence provided by Free Syrian Army defectors, who, now eager to survive the winds of war, have turned to spies for the Assad regime. The regime said as much when it announced the deaths. Alloush fought both Assad and ISIS. Since Assad forged ISIS, both terrorists cheered his death equally.

The Syrian civil war has reached a stage where TOW missiles and ammunition are no longer enough to win the battle. The Syrian rebels need Saudi counter intelligence help urgently. The Russian invasion has stacked the deck in favor of the Assad regime at every level to include new intelligence gathered from the air via Russian drones and new human intelligence by Free Syrian Army defectors who are jumping ship. These defectors, turned spies, believe they may have a place in the new Syria if Assad survives. Little do they know about the acts of atrocious revenge Assad will be exacting against them during his victory lap.

Urgently needed are Saudi counter intelligence measures to weed out the spies. There are established and effective counter intelligence techniques universally adopted Saudi Arabia could deploy to protect the Syrian rebels from the Russian infiltration. Barring this help, Russian air strikes could become like catching fish in a barrel.

Because most of Russia’s air strikes aim to kill the Syrian Revolution all together, Saudi Arabia, Turkey, and Qatar must elevate their game to the next level. Funding, recruiting, training, and supplying the rebels are no longer enough. Losing Syria to Assad means losing Saudi Arabia to Iran down the road.

Anyone who believes Iran is going to let Russia control Syria while it sits on the sideline is a fool. As Iran patiently permitted America to remove Saddam, its nemesis, from power, it is today also patiently waiting for Russia to remove Assad’s opponents. The same fate as our troops in Iraq awaits Russian troops if Putin blocks Iran from homogenizing Syria with its own religious zeal.

Something the Israeli leadership should consider seriously as it cooperates with Russia on securing its borders with Syria by prioritizing Islamism over Assad. We can all unite to defeat Islamism, but who will be able to defeat the new militias Iran, backed by the UN, will be funding to station across Syria a la Iraq? There is a limit to Russian economic staying power in Syria when oil is trading at $50 a barrel and its breakeven oil price clocked at $170 bbl/day this last June.