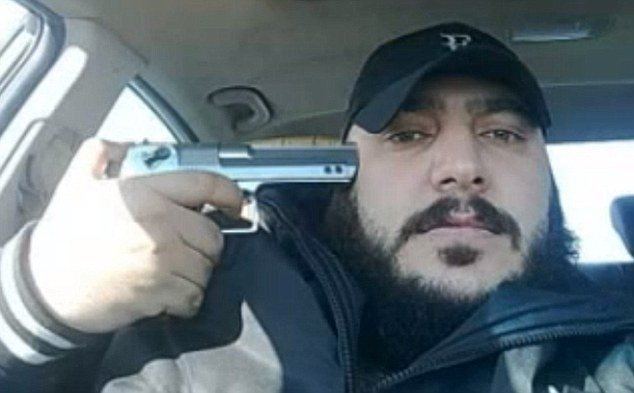 November 17, 2015 3:42 am 0
If The Middle East Was a Shopping Mall, Arab Lives Would Be The “For Sale” Signs
Think Irancare
A Note from an Australian Surgeon

The Syrian regime has planted a well-trained army of 500 Assad Shabiha agents in Europe and America who slipped recently with legitimate Syrian refugees. Their jobs remain a mystery since many are not being monitored by the Western intelligence services focused on ISIS and its recruits. The Assad Shabiha agents are a special class of Assad regime trainees developed to practice the art of torturing people, but some have been trained also to be planners and implementers of precise acts of terror.

TFS believes those who slipped into Europe and the United States are the planners, not the torturers. Their skill set as torturers would become obsolete in law-abiding countries, but not so if they were trained to plan acts of terror and handle ISIS recruits.

To understand the training some of the Assad Shabiha agents endure, watch the video below of young Alawite girls chewing on live snakes in front of Hafez al-Assad as part of a demonstration of Alawite prowess and fearlessness. This was intended to scare the Syrian people, but it should also be a lesson of how effective is the regime in developing dehumanized robots capable of extreme acts.

These dehumanized robots have installed themselves in Europe and in America today as part of a larger vision both the Assad and the Khamenei regimes are behind to subject Europe and the U.S. to extreme terror. Just in case the West fights back their terror in the region. If the Paris attacks by ISIS shocked you, then imagine how shocked you would be if you learned that the real masterminds behind these attacks are Assad Shabiha agents who slipped under the radar undetected just because they don’t chant “Allahu wa Akbar”. The Assad regime invented the war by proxy. It is their standard MO.

Western intelligence need to monitor these 500 Assad Shabiha agents now residing in countries like France and the U.S. These trained killers are in the blindspot today because all of our efforts are concentrated on catching the perpetrators of terror, not the planners and the masterminds of terror.

Had we concentrated on the latter, the Iranian and the Assad regimes would long have been broken apart by the West.