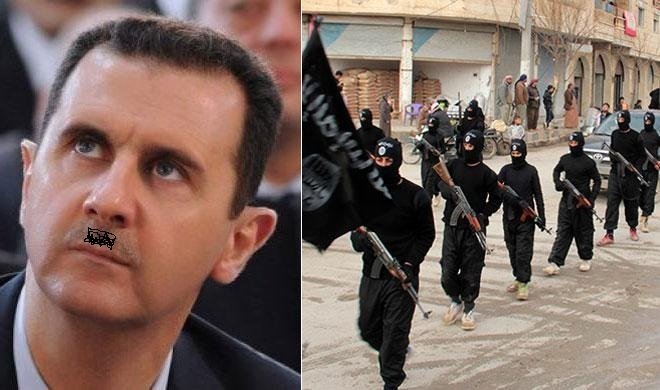 November 16, 2015 7:04 pm 0
An Open Letter to Assad Supporters
The culture of extreme violence
Good Luck Getting Better Results from Damascus

TFS Note: Is this an admission by John Kerry that Assad might be behind the Paris attacks? Does Kerry fully understand the Assad regime now?

U.S. Secretary of State John Kerry over the weekend said that Syrian dictator Bashar al-Assad has “cut his own deal” with ISIS and that the two are “symbiotic,” in response to Assad blaming France for the spread of the Islamic State.

Secretary Kerry said in June 2014 that “President Assad is one of the principal reasons – the principal reason – that ISIS exists. President Assad is a magnet for jihadists and foreign fighters from around the world.” Secretary Kerry explained that the Assad regime and ISIS “have only rarely targeted one another…they even do business with each other, buying and selling oil.” He went on to say that “neither peace nor the defeat of Daesh [the Arabic acronym for ISIS] is possible with Assad in power.”

In response to the terror attacks carried out by the Islamic State in Paris on Friday, some analysts have suggested that the Europeans and Americans work with Iran, Syria, and Russia to defeat them. However, in an interview with journalist Armin Rosen in April, former Defense Department advisor in Iraq Michael Pregent explained that “Iran needs the threat of ISIS and Sunni jihadist groups to stay in Syria and Iraq in order to become further entrenched in Damascus and Baghdad.” Pregent also tweeted that “Iran has no intention of defeating ISIS in Iraq – Iran will use threat of ISIS to stay – an unstable Iraq is the goal.” Iran, the primary backer of the Assad regime, also seeks to protect its access to its Lebanese proxy group Hezbollah, as Assistant Secretary of State for the Bureau of Near Eastern Affairs Anne Patterson acknowledged to members of the Senate Foreign Relations Committee in October. At Iran’s command, Hezbollah has sent thousands of troops to fight in Syria, in order to prop up the regime. Iran spends approximately $6 billion per year on President Assad, and the Islamic Republic sends an estimated $200 million per year to Hezbollah.