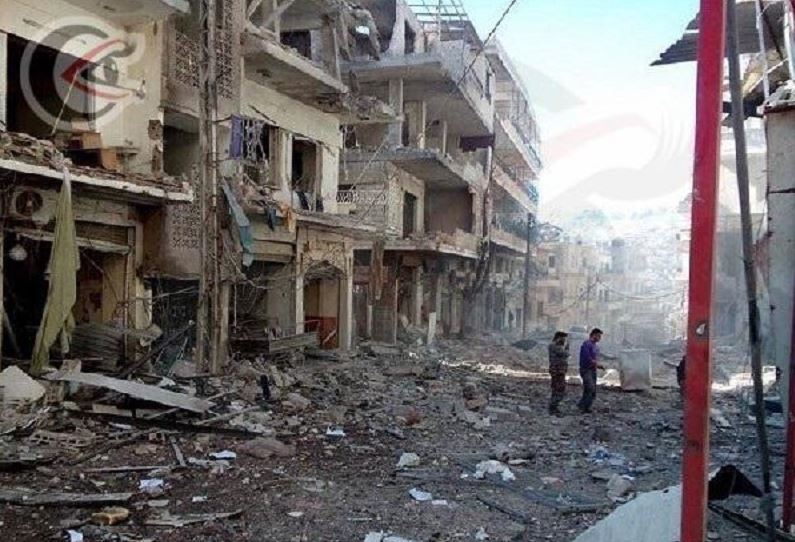 July 5, 2015 5:28 pm 0
This Is Not the Syria We Are Fighting For
Sisi to Lebanese: Prepare for Fall of Assad
Arab VP’s: Soon the Most Endangered Species

The Syrian army and Lebanese Hezbollah fighters said on Sunday they had entered the rebel-held city of Zabadani on the second day of a major offensive to capture the border area around the Beirut-Damascus highway.

It seems there is little Western commitment or will to sever Hezbollah from the Assad regime.

The army, backed by Hezbollah, has long sought to wrest control of Zabadani, near the Lebanese border, from the rebels who have held it since 2012, a year after the start of the Syrian civil war.

The Lebanese Shi’ite group Hezbollah’s al Manar television station said its fighters and the Syrian army had entered the Jamaiyat district in the western part of Zabadani, about 45 km (30 miles) northwest of the capital Damascus.

The last Iran needs today, with its negotiations with the U.S. on the line, is another win in Syria. This little Western commitment to halt Iranian advance in Syria is an intentional policy by Barack Obama.

The offensive began on Saturday and was preceded by several days of aerial and artillery bombing of outposts held by a coalition of mainly moderate Sunni fighters and jihadist defending the city.

The Syrian army also said on state television their fighters had seized the Sultani district, east of the city, while Hezbollah said it had encircled the northern portion.

Over 2,000 rebels have planted mines and fortified their positions inside the besieged city ahead of expected heavy street fighting, rebels contacted by phone said.

The latest offensive is part of Assad’s effort to shore up his control over western Syria and to keep his regime contiguously connected to Hezbollah’s in Lebanon. .

The capture of the city would secure a safe arms and troops corridor for Hezbollah, whose military role inside Syria has been growing steadily since the start of the conflict. It is obvious that there is little Western commitment to sever Hezbollah from Assad.

The Syrian army is fighting on several other fronts. As well as battling rebels around the southern city of Deraa and the northern city of Aleppo.