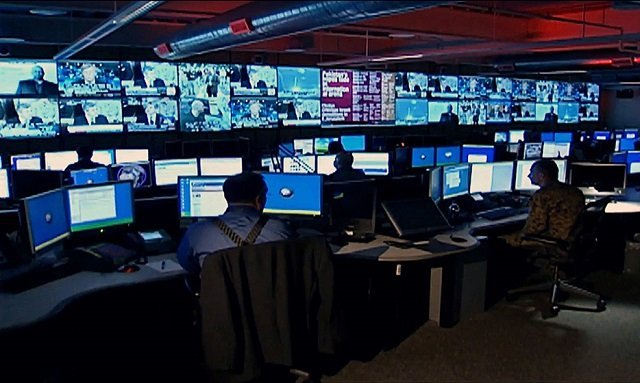 US Intelligence Analysts Revolt over Rosy IS Assessments

More than 50 US intelligence analysts have complained that senior military officials altered reports so as to downplay the strength of Islamic State and al-Qaida’s branch in Syria, the Daily Beast reported Thursday.

The online news outlet said senior officials at U.S. Central Command changed the reports to bring them into line with the White House’s rosier public view that the United States was winning the war against the militant groups.

“The cancer was within the senior level of the intelligence command,” the report quoted a defense official as saying.

The U.S. Central Command reflects the views of their Commander-in-Chief Barack Obama.

It said the revolt by US intelligence analysts came to a head when two senior analysts at Centcom signed and sent a written complaint to the Defense Department inspector general in July alleging that reports, including some presented in briefings to President Barack Obama, portrayed the groups as weaker than the analysts believed they were.

Another 50 US intelligence analysts supported the complaint, the Daily Beast said, citing 11 unnamed individuals knowledgeable about the details of the report.

“The fact that so many people complained suggests there are deep-rooted, systemic problems in how the U.S. military command charged with the war against the self-proclaimed Islamic State assesses intelligence,” the Daily Beast said.

Under a directive by the Office of the Director of National Intelligence, which oversees the 17 U.S. intelligence agencies, analytical assessments “must not be distorted” by a particular audience, agenda or policy view.

If the assessments were indeed skewed, it could help explain why public perceptions of progress against the militants has varied.

Since the U.S.-led bombing campaign of the Islamic State began in Iraq a year ago, and subsequently in Syria, Iraqi security forces have retaken some territory previously seized by the group but not major Iraqi cities like Mosul and Ramadi.

But U.S. intelligence agencies have recently found that the group has been little weakened by the air strikes and was expanding into North Africa and Central Asia.

But after a bloody crackdown by the ruling regime, it spiraled into a multi-front civil war that has left more than 300,000 people dead.

US Intelligence Analysts Revolt over Rosy IS Assessments