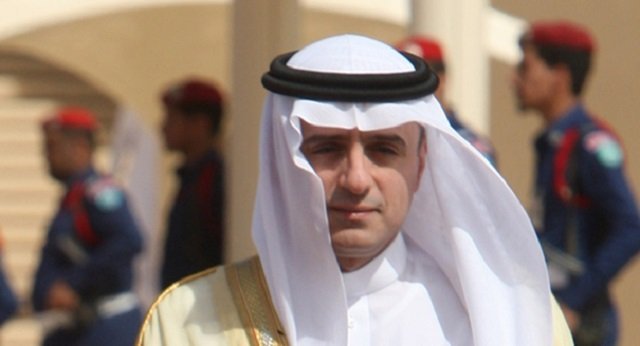 Saudi official says Russia will fail to save Syria’s Assad

September 30, 2015 10:54 am 0
After All Is Said and Done, More Is Said Than Done
Step Aside Israel for Assad Airport Security
Assad Accuses Obama of Being a Neo-Con

TFS Note: FM Adel al-Jubeir had a reputation in Washington when he was the Saudi Ambassador for not exaggerating his words. What does al-Jubeir know that most of us do not? Especially that Saudi Arabia flow of weapons to the Syrian rebels have been consistent, and which included the war-tipping TOW anti-tank missiles.

Any future for Syria that includes its embattled , Bashar Assad, is “a non-starter,” and Russian effort to back him in Syria’s long civil war are bound to fail, Saudi Foreign Minister Adel al-Jubeir predicted.

Either Assad and his main allies, Russia and Iran, accept a political transition that involves Assad’s removal, or Saudi Arabia and its allies will “change the balance of forces on the ground and make it very clear where this is heading,” al-Jubeir said during a meeting Tuesday with reporters while attending the 70th United Nations General Assembly.

He spoke a day before Russia warplanes began bombing targets in Syria for the first time. Russian President Vladimir Putin recently sent aircraft, armor and personnel to Syria, and he told world leaders Monday that he intends to support Assad’s forces and Syria’s Kurdish militia because they are the only effective forces countering the Islamic State.

Although Russia and the United States view the Islamic State militants as a common enemy, President Obama said he wants Assad out because of atrocities the U.S. contends he has committed against his own people during Syria’s 4-year-old civil war.

A U.S.-led coalition is conducting airstrikes against the Islamic State, also known as ISIS or ISIL, which has seized large swaths of territory in Iraq and Syria. Kurds in Iraqand Syria and Iraqi Shiite militias have scored some victories in battles with the militants, but neither Syrian troops nor U.S.-trained and equipped Iraqi government forces have been able to dislodge the radical Islamic group.

Al-Jubeir said Assad helped create the Islamic State and continues to buy its oil while claiming to fight it. The Syrian leader is responsible for the murder of 300,000 Syrians and the displacement of 12 million, including 3 million children living without enough food, access to medical care or education and living in terrible conditions, he said.

Since Assad is responsible for Syria’s humanitarian situation and helped create the Islamic State, “there is no future for Assad in Syria,” al-Jubeir said.

He listed two options for Syria: One would be a political option based on U.N.-backed Geneva talks that call for Assad to set aside and a transitional government takes charge before elections.

“The other option is the military option, which also will end with the removal of Assad from power,” al-Jubeir said. “This could be a lengthier process and more destructive process but the choice lays entirely with Baschar al-Assad.”

Saudi official says Russia will fail to save Syria’s Assad

The Bus Explosion: Syria Cannot Speak for Extreme Sunni Islam Anymore Than Iran Does
Between the Holocaust and Assad
Obama’s 99% or Assad’s 99%, One and the Same
Putin Terror 436 Syrian Revolution 1335