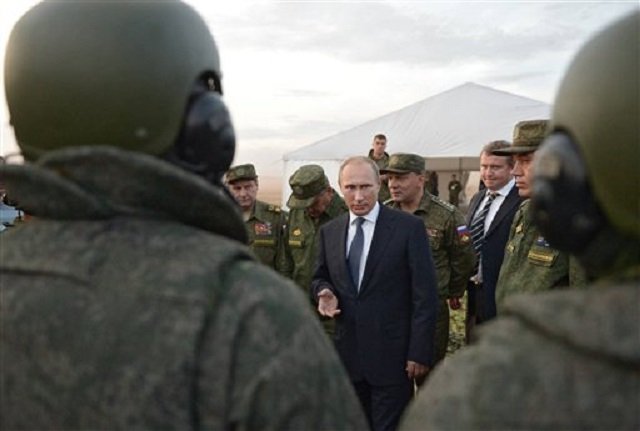 TFS Note: While Obama takes a nap under a tree …

Source: The Blaze – by Liz Kilmas (Russia Reportedly Orders U.S. Planes Out of Syria as Its Parliament Approves Sending Troops)

But the unnamed source identified as senior defense official told Fox News that “there is nothing to indicate that we are changing operations over Syria.”

This report comes after Russian lawmakers voted unanimously Wednesday to let President Vladimir Putin send Russian troops to Syria. The Kremlin sought to play down the decision, saying it will only use its air force there, not ground troops.

Putin had to request parliamentary approval for any use of Russian troops abroad, according to the constitution. The last time he did so was before Russia annexed Ukraine’s Crimean Peninsula in March 2014.

The Federation Council, the upper chamber of the Russian parliament, discussed Putin’s request for the authorization behind closed doors Wednesday, cutting off its live web broadcast to hold a debate notable for its quickness.

Sergei Ivanov, chief of Putin’s administration, said in televised remarks after the discussion that the parliament voted unanimously to give the green light to Putin’s plea. The proposal does not need to go to another legislative body.

Ivanov insisted that Moscow is not going to send ground troops to Syria but will only use its air force “in order to support the government Syrian forces in their fight against the Islamic State” group.

This air force though has prompted worries over Russian and U.S. jets clashing inadvertently over Syrian skies. Washington has agreed to talk to Moscow on how to “deconflict” their military actions.

Last week, U.S. Defense Secretary Ash Carter had a 50-minute phone call with his Russian counterpart, the first such military-to-military discussion between the two countries in more than a year.

Stoltenberg, in New York to attend the annual U.N. General Assembly, told The Associated Press that the alliance welcomes Russia’s plans to combat the Islamic State group in Syria.

Support for President Bashar Assad’s regime, however, is not “a constructive contribution to finding a political solution,” he stressed.

In his address Monday at the U.N., Russian President Vladimir Putin urged the world to back Assad, saying the failure to engage the Syrian military in the fight against Islamic State militants was a “huge mistake.”