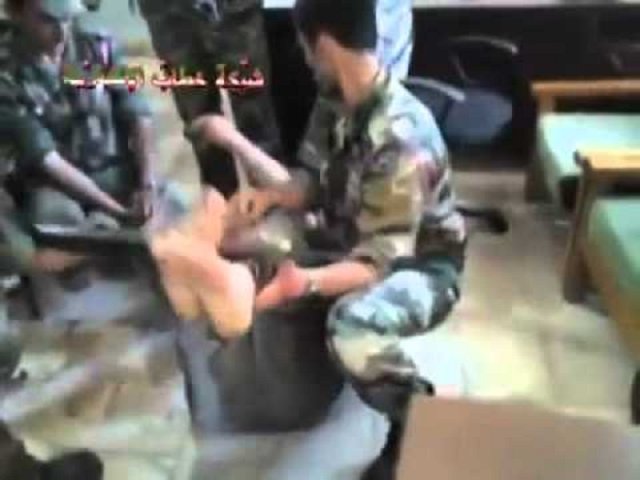 July 18, 2015 9:06 am 0
Plan A, Plan B, or No Plan at All
In Syria, Chlorine Attacks Continue To Take A Toll
It is unconscionable to strike grain silos in northern Syria

Mass murderer Assad of Syria has released more than 200 prisoners, many of whom were detained under “anti-terror” laws invented by Assad to hold his political opponents, to mark the Muslim Eid al-Fitr holiday, a lawyer told Agence France Presse.

Dozens of women were among 240 detainees who were released on Friday, said attorney and leading human rights activist Michel Shammas.

The mass murderer Assad frees political prisoners, he should not be holding in the first place, for propaganda purposes and to project a humanitarian image. The media laps it like a kitten instead of using the occasion to discount this gesture and hold him accountable for crimes against humanity.

Most of the prisoners in Syrian jails being prosecuted under “anti-terror” laws are opponents of the Syrian government or those who have taken part in the uprising that began in March 2011. Illegally held in other words.

“Syrian authorities released more than 240 prisoners from Adra prison (near Damascus), most of whom were tried before what is know as the anti-terrorism court.”

Among those freed was prominent Syrian blogger Hussein Ghreir, who was arrested in February 2012 along with fellow activists Mazen Darwish and Hani Zaitani and accused of “promoting terrorist acts.”

A friend of Ghreir’s, who spoke on condition of anonymity, confirmed that the blogger was “at his home in Damascus and is in good health”.

According to the Syrian opposition, mass murderer Assad holds some 200,000 people most of whom are innocent Syrians who protested against his tyranny. All are being detained in detention centers, prisons and security facilities.

Among them are thousands of people who have effectively disappeared since being detained, with their families unsure where they are being held.

According to activists, nearly 13,000 Syrians, including dozens of children, have been tortured to death in government prisons since March 2011.

Last year, mass murderer Assad signed an amnesty that was supposed to see tens of thousands of political prisoners freed, but rights activists say that only several hundred were actually released. Pure propaganda.

Meanwhile Barack Obama, the greatest friend to mass murderers and tyrants, provides cover for the Assad atrocities with his Iran deal.

Obama or no Obama, Syrians will never rest until the mass murderer Assad is either behind bars or six feet under rotting with worms.