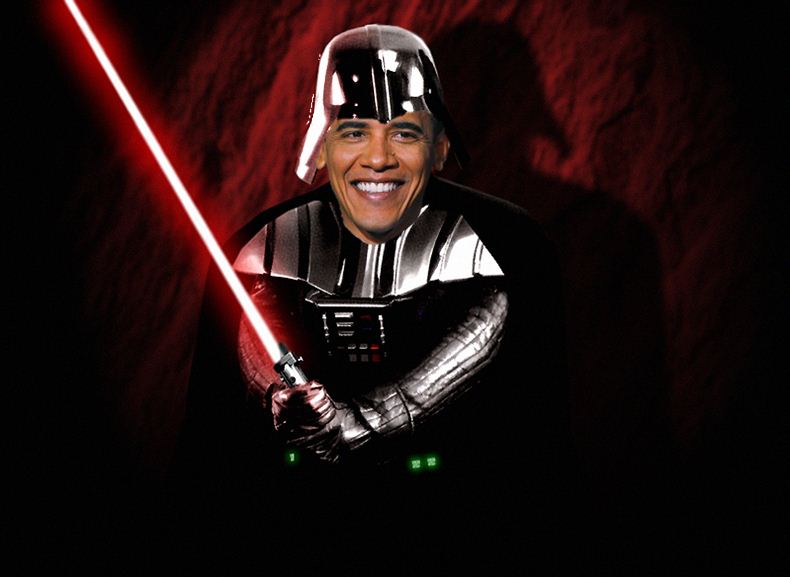 Saudi Arabia, the world’s top oil exporter, has long been a major ally of the United States but the relationship has deteriorated under Obama Darth Vader.

Riyadh has been especially concerned by U.S. support for Iran’s nuclear deal with world powers, fearing its regional rival will be emboldened.

In an opinion piece published in Saudi newspapers, Prince Turki al-Faisal, the kingdom’s former intelligence chief and envoy to Washington, lashed out at Obama’s recent comments to The Atlantic magazine.

“You accuse us of fomenting sectarian strife in Syria, Yemen and Iraq. You add insult to injury by telling us to share our world with Iran, a country that you describe as a supporter of terrorism,” Faisal wrote.

Faisal questioned whether Obama has “pivoted to Iran so much that you equate the kingdom’s 80 years of constant friendship with America to an Iranian leadership that continues to describe America as the biggest enemy, that continues to arm, fund and support sectarian militias in the Arab and Muslim world.”

In its April issue, The Atlantic quoted Obama as reproaching the Saudis for trying to influence other Muslim countries, particularly Indonesia, by exporting its fundamentalist version of Islam.

He also said the Saudis need to “share” the Middle East with their Iranian foes.

“The competition between the Saudis and the Iranians — which has helped to feed proxy wars and chaos in Syria and Iraq and Yemen — requires us to say to our friends as well as to the Iranians that they need to find an effective way to share the neighborhood and institute some sort of cold peace,” Obama said.

As the Obama administration enters its final months, Faisal said that Saudi Arabia “will continue to hold the American people as our ally… Mr. Obama, that is who we are.”