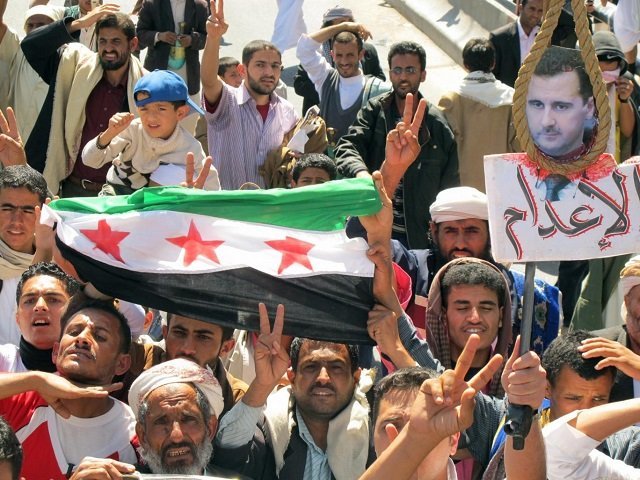 If the Alawite Minority Remains in Control of Syria

March 14, 2016 10:55 am 0
Could the Alawite Protests in Latakia Spell the End of Assad?
Big Rebel Attack Advance on Alawite Region
Falafel Interviews a Syrian Alawite Competing With Israeli Technology

What should one expect, if the Syrian talks underway in Geneva, do not yield to a transitional government led by tested men and women of character and responsibility? More succinctly, what will happen to Syria if the Alawite minority remains in control and refuses to abjure in favor of a more pluralistic government representative of all religions and sects based on their demographics?

First and foremost, if the Assad family remains in power one should expect Iran to ram its victory lap down the throats of the Sunni Arab countries as well as Israel by further increasing its level of violence against both. Instead of Palestinians wielding knives, which is child play for Iran, we will start seeing more acts of violence against Israel. Instead of sowing sectarian discord in the GCC, Iran will begin to detonate car bombs in Saudi Arabia the way it is doing in Turkey today.

There is no good outcome for the region if the Alawite minority remains in control and Assad survives the Syrian Revolution. Paying the price for supporting his enemies will be swift and deadly.

If Assad is removed and a new not so pro-Iranian Alawite General takes his place courtesy of Russia but whose behavior is the spitting image of the Assad family (i.e. torture dungeons and death Shabeeha squads), then the Syrian civil war will go on for many years to come. After five years of death and destruction, if the Syrian people found the energy to protest peacefully during a lull in fighting, it means they will not submit to another Assad-like tyranny at the hands of the Alawite minority ever again. Suicide attacks, car bombs, and hit-and-run guerrilla warfare will become a daily routine that will sink Syria further into the hands of extremists and radicals on both sides.

If the United States and Russia can agree on a new pluralistic government that would protect the innocent minorities (Those with no blood on their hands), be inclusive of all religions while keeping the extremists at bay, give the Syrian Sunni majority a voice in their affairs to include their future security concerns, and a commitment to fight the extremists in ISIS and al-Nusra, then the Geneva talks might succeed. No more extremist Alawites or Sunnis, Shiites or Christians. Just committed men and women to rebuild Syria to join the international community and to exit from the industry of violence and terror so prevalent under the Assad family.

Such is only possible if Cold War mindsets relinquish their rights to use Syria as a platform to exercise their violent policies. If the CIA and the FSB still think Syria is an opportunity to play a game of deadly chess, then we are back to the Assad era of terror and tyranny.

If the Alawites who dropped barrel bombs on innocent women and children, who gassed them in Ghouta in 2013, and who tortured tens of thousands of innocent Syrian whose only crime is to protest the despotism of Assad go unpunished by the international community, then Syrians will take matters into their hands to correct the wrong of over 45 years of extreme tyranny. The same way the Mossad took matters into their own hands when they hunted down Nazi criminals across the globe. This item is non-negotiable no matter what the Syrian opposition signs off on in Geneva.

If only wiser minds prevail. there is a historic chance for the United States and Russia to strike a deal in Syria that would protect both their main interests. If the Alawite minority remains in control, Syria will always be a swamp. Short of that, Syria’s many battlefields will continue to threaten the west. If anyone believes the Alawite minority remains in power ruling with an iron fist a Sunni majority without the expected consequences in more violence, they should have their heads examined.

Saddam Hussein was removed, which empowered Iran. Today, if Assad is not removed to clip the wings of the Mullahs in Tehran, it will empower Iran even further. Had we started to remove Assad from power in 2003 instead of Saddam Hussein, Hezbollah would not exist today and Iran would still be looking down the barrel of Saddam. Why did we not see it coming? Because those in power saw the region from a sectarian angle. Better to free the critical thinking Shiites than the limited thinking Sunnis. Had they looked at the threats from a geography angle, we would be looking at a totally different Middle East today.

We may be making the same mistake again as some people are looking at the Alawites of Syria from a sectarian angle instead of looking at Syria from a geography threat. We all want the minorities to be safe, but not to rule because, like the Muslim Brotherhood in Egypt, the Alawites proved to be incapable of ruling fairly and equitably. Some are forgetting as well that the Alawites proved to be too sectarian not to sleep with the Mullahs in Iran. It is the same Iraq mistake all over again that empowers Iran further.

If the Alawite Minority Remains in Control of Syria