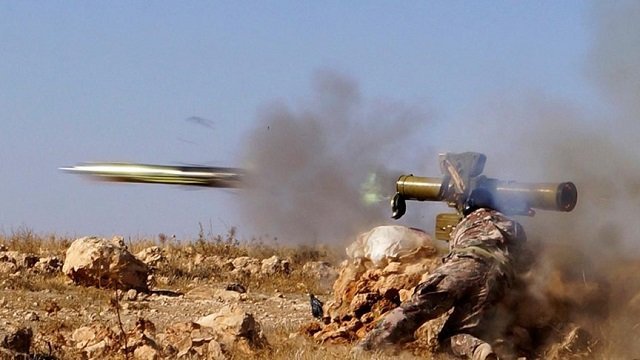 July 28, 2015 5:59 am 0
Car Blast Kills 16 in Alawite District in Homs
If the Alawite Minority Remains in Control of Syria
When Alawite Terror Begets Sunni Terror

Syrian rebels have launched a big offensive on government-held areas in northwestern Syria in a bid to advance toward the Alawite coastal region vital to Assad’s control of western Syria.

A Syrian military source described the big rebel attack attack as quite large and widespread. The rebels are seeking to drive into the Sahl al-Ghab plain, an area crucial to the defense of the coastal mountains that are the heartland for Assad’s Alawite sect.

Supporters of a rebel alliance fighting in this big rebel attack, the “Army of Conquest”, said the large number of rebels fighting had seized a power station in the area and listed a total of 16 locations captured from government forces in the offensive.

Activists on the ground said the big rebel attack, including the al Qaeda-linked Nusra Front, captured government-held positions outside the town of Jisr al-Shughour and pushed into the northern tip of the Sahl al-Ghab plain overnight.

The activists said government forces had launched a counter attack and had recovered some lost ground in Sahl al-Ghab.

The military source said: “The battles are ongoing in that area between the army and the militant attackers,”

Rebels including the Nusra Front captured Jisr al-Shughour in May, part of a wider offensive that drove Syrian government forces from nearly all the northwestern province of Idlib.