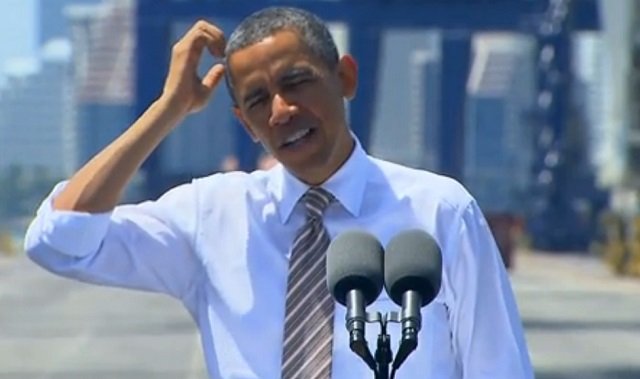 Did Putin once again outfox Obama?

The Russian leader’s announcement that he will pull forces out of Syria caught Washington off guard.

Vladimir Putin’s announcement on Monday that Russia will begin pulling out of Syria appeared to take the White House by surprise, and revived concerns that the Russian leader is outmaneuvering Barack Obama.

Just six months after he threw international relations into a tailspin by launching airstrikes in Syria, Putin on Monday declared that “the tasks put before the defense ministry have been completed over all,” adding that he had ordered that “the main part” of Russian forces in Syria would be withdrawn.

White House officials were left scrambling, with Press Secretary Josh Earnest punting on questions during the briefing and others trying to quickly gather information. “We have seen reports that President Putin has announced a planned withdrawal of Russian forces from Syria. We expect to learn more about this in the coming hours,” said one senior administration official on Monday afternoon.

A speedy Russian exit from Syria would confound President Barack Obama’s talking point that Putin had walked into a “quagmire” in that country’s civil war that he would come to regret. Obama made the case most recently in an interviewwith the Atlantic’s Jeffrey Goldberg, in which Obama said Russia was “overextended” and “bleeding” in Syria.

Putin has repeatedly confounded Obama over the past two years, from his March 2014 annexation of Crimea to the military campaign in Syria. U.S. analysts and intelligence officials failed to anticipate either move, to Obama’s chagrin. In a press conference last month, a Bloomberg reporter asked Obama whether he’d been “outfoxed” by Putin in Syria; Obama replied, in part, that Russia’s air strikes were demonstrating the weakness of Syrian President Bashar Assad’s position.

It is possible that fear of a quagmire was behind Putin’s unexpected announcement. Last fall, the Russian president said Russia’s goal in Syria was to fight terrorists — a task that is far from complete, despite a fragile cease fire holding in the country as it marks the five-year anniversary of its civil war this week. ISIS still holds large amounts of territory, for instance — a fact analysts cited as proof that Putin was never sincere about defeating ISIS, and mainly interested in the strategic benefits of shoring up his ally, President Assad.

“If his objectives are largely achieved, then he clearly wasn’t trying to smash ISIS,” said Evelyn Farkas, who served as the Pentagon’s top Russia official until last fall.

But Russia’s air campaign in Syria has undoubtedly bolstered Assad, Moscow’s only close Middle East ally, who was in danger of falling to advancing rebel forces — including relative moderates backed by the CIA — before Russia began bombing them last fall.

A Kremlin summary of a Putin phone call with Assad said the leaders had agreed that Russia’s intervention had “brought about a real turnabout in the fight against the terrorists in Syria, throwing their infrastructure into disarray and causing them substantial damage.”

Pro-Kremlin sources depicted Putin as acting from a position of clear strength. “Russia seems pretty convinced that it is mission accomplished in Syria,” said a host on the government-funded Russia Today network. An analyst on the network, Nadira Tudor, added that the Russians had “done what they said,” adding that “despite the negative press” internationally, “Russia has led the way rather successfully.”

Putin’s actions often do not match his rhetoric, and it remains to be seen whether Russia actually withdraws the bulk of its forces. The Russian government said Monday that it will maintain a presence at a naval base and an air base in Syria. “Nobody is saying that the Russian air back-up is going away 100 percent,” a Russian government official told POLITICO, adding: You don’t need this big force if you have a cease-fire.”

Regardless of his intentions, it’s clear that Putin is keeping the international community on its toes. “It’s still too early to judge whether Putin actually plans to pull most of Russia’s forces out of Syria. But once again, he’s demonstrated a remarkable propensity for pulling big surprises that throw just about everyone off-balance, including senior members of his own government,” said Andrew Weiss, a Russia expert at the Carnegie Endowment for International Peace who served in the Bill Clinton White House and State Department.

Weiss noted that, hours before Putin’s announcement, Russian Foreign Minister Sergei Lavrov had told reporters that Moscow and Washington had been discussing a “division of labor” in Syria.

Still unclear is what effect Putin’s announcement might have on a multinational peace process aimed at a reaching a political settlement in Syria, where estimates of the civil war’s death toll range from 250,000 to nearly 500,000. The peace talks, in which the U.S. and Russia have played leading roles, reconvened in Switzerland Monday.

Some analysts suggested that Putin has grown frustrated with Assad, concluding that the Syrian leader was too resistant to a peace agreement. In January the Financial Times, citing western intelligence officials, reported that Putin had pressured Assad to step down.

“The timing of this announcement, which coincides with the start of the Geneva talks, is a clear signal to Assad that he better enter the negotiations in good faith,” said Randa Slim of the Middle East Institute. “This decision is the result of a growing Russian exasperation with Assad. Putin has just equalized the power relations inside Geneva negotiating room.”

Farkas also backed the notion that Putin’s latest move is geared toward the diplomatic talks. “He never wanted a long term military engagement and is hoping to get a deal at the table,” she said.

Adam Schiff, the ranking Democrat on the House Intelligence Committee, said Putin appears to be showing his pragmatic streak.

“If Putin makes good on a withdrawal, it could incentivize the Syrian government to negotiate an end to the conflict rather than use the process to buy further time for military advances,” he said.

Putin’s move “may be calculated to downsize Russia’s role before the costs of the intervention become too steep or extrication more difficult,” Schiff added. “The abruptness of the decision may also be a reflection of growing displeasure with Assad, and the degree to which Russian air power has emboldened the despot to reject a negotiated end to the civil war.”

While some Obama allies cast Putin’s move as a retreat that undermines GOP claims of U.S. weakness, Republicans spun the news as more evidence that Putin is exploiting a power vacuum created by Obama’s alleged timidity.

Russia and its allies “have changed the military facts on the ground and created the terms for a political settlement more favorable to their interests,” Republican Senator John McCain said in a statement. “This likely result is that the Syrian conflict will grind on, ISIL will grow stronger, and the refugees will keep coming.”

The White House said Obama and Putin spoke by phone on Monday about “Putin’s announcement today of a partial withdrawal of Russian forces from Syria and next steps required to fully implement the cessation of hostilities with the goal of advancing the political negotiations on resolution of the conflict.”

Did Putin once again outfox Obama?

A Very Productive Chemical-Weapons Attack
Why does the Iran Deal make Obama look stupid?
Amiri for the 3 Americans? Or is Amiri a Plant?
Opinions 796 Slippery Barack Obama 947