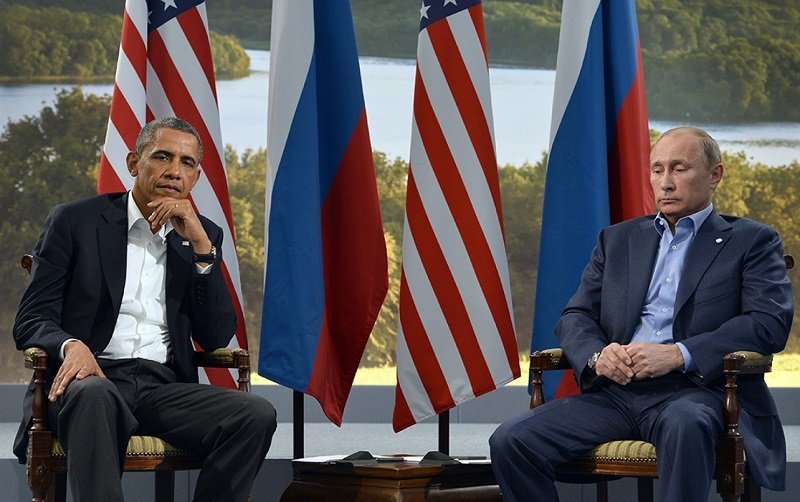 Do you remember that picture taken during the Summit of Eight in Northern Ireland with Barack Obama and Vladimir Putin both looking like they just swallowed rat poison?

It may have been all a charade because if you compare Obama to Putin today, you might as well call them Vladimir Obama and Barack Putin.

When it comes to their politics, both Obama and Putin are one and the same.

Let us draw some comparison between the two based on their real foreign policies.

If you add to the above the fact that Valerie Jarrett, Obama’s most trusted adviser and the only confidant of both Michelle and Barack, grew up in a milieu of hardcore Communist roots, two plus two equals four.

President Barack Obama is but a Communist U.S. President mirroring with his policies and actions Putin’s own foreign policies.

What can Congress do to insure that no other U.S. President after Vladimir Obama is ever able to be voted into office? It can pass a law that would force a rigorous vetting of all candidates.

Why is that important? Because Communist Russia wants to destroy Capitalist America and the easiest way to do it is to defeat America from within.