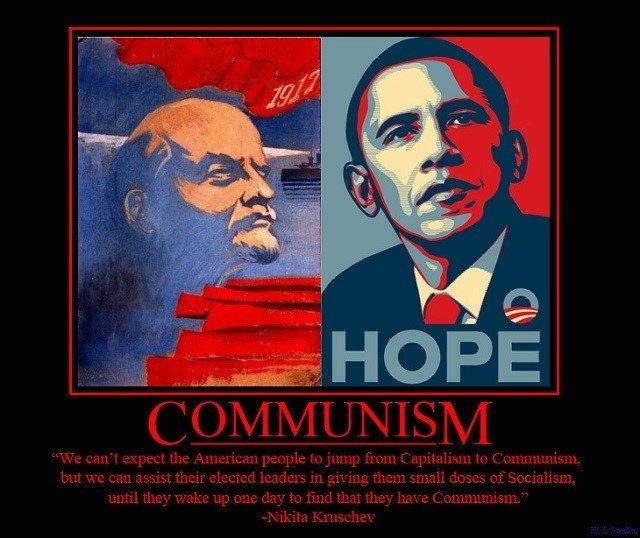 July 18, 2015 5:01 pm 0
The Most Generous Nation Led by the Most Ignorant Administration
America, Meet a Syrian Refugee Tuesday Night
Israel Looks Beyond America

There is a powerful 3-person Communist Comrades cabal in the White House that just screwed America royally in the Middle East as payback for President Ronald Reagan’s dismantling the Soviet Communism Vladimir Putin grew up in its shadow admiring as a loyal KGB spy.

The Communist Comrades in Barack Obama, Michelle Obama, and Valerie Jarrett are responsible for this Communist payback the moment they concocted the Iran deal to drive a stake in the heart of America and its allies. Their hope is that Iran, soon enough, may build nuclear weapons to threaten America’s allies in the much unstable region of the Mideast, which will weaken American influence and power.

If you still believe the Communist Comrades at the White House represented by Barack Obama, Michelle Obama, and Valerie Jarrett care about America enough not to embark on such nonsensical folly, then you are either too naive to understand their evil or you have been watching too many episodes of Seinfeld.

On February 18, 2008, Michelle Obama was caught on camera (See video below) saying the following:

“For the first time in my adult life, I am proud of my country, because it feels like hope is making a comeback”

“For the first time” folks is translation to “I am a Commie who never believed or loved this country before”. Hot Air said it best when it asked:

“Nothing America has done in Michelle Obama’s adult life, which at 44 goes back 26 years to 1982, has made her proud of her country? Nothing? Not winning the Cold War? Not our regular and orderly transitions of power based on the rule of law? Not the fact that we feed and defend the world, not that we lead in science and technology research, not that we elected the first black president in 1992…nothing? Not the fact that she and her husband were able to go to Ivy League schools before embarking on extremely lucrative careers? Not the fact that we help out in disasters wherever they strike in the world? Nothing has made Michelle Obama proud of her country in her entire adult life?”

The three Communist Comrades have screwed America royally with their Iran deal, Obamacare, and almost $10 Trillion in debt so far.

“I will have more flexibility after the elections” Obama assured President Dmitry Medvedev into an open microphone he forgot it was on. Was the Iran deal the ultimate flexibility gesture Obama was referring to? Never in the history of the Revolutionary Iran has one president done so much to comfort her in return for nothing. Are we not the least curious to ask why?

Obama’s own mentor is Frank Marshall Davis, a known Communist. Should that not concern us that Obama is more in-tune with Russian than American interests? The Iran deal gives Russia an edge and introduces it back into the Middle East through the Iran backdoor.

All it takes is one courageous nationally recognized journalist to write a compelling article/essay about the Communist Comrades occupying the White House and reveal their motives based on observations and facts. Other journalists may follow. The danger of the US-Iran deal is motivation enough to write the truth of who Barack Obama really is.

So far, Obama has escaped scrutiny at every level for the last 7 years. At the expense of the American public and U.S. interests.