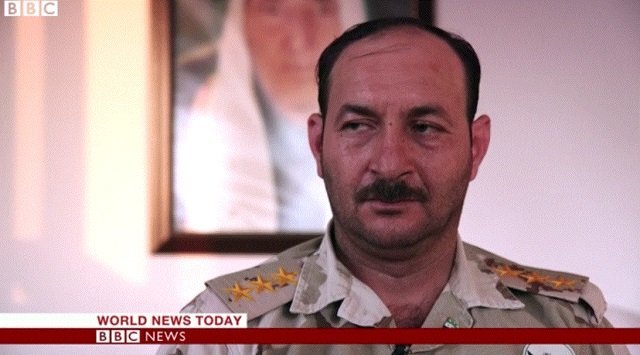 TFS Note: Can Obama do something right? Just once in Syria? The plan to defeat ISIS is a joke. This is what happens when you vote into office an unqualified person with an anti-American ideology.

A US plan to build a moderate fighting force to take on the Islamic State (IS) group in Syria has been criticized by a senior rebel trained in the program.

Capt Ammar al Wawi said the US and its allies failed to protect his fighters – known as Division 30 – when they came under attack in Syria last week.

At least five fighters were killed and more than 10 abducted in clashes with the al-Qaeda-affiliated al-Nusra Front.

Only 54 fighters had been trained so far under the programme.

US President Barack Obama announced the plan last summer, pledging to train up to 5,000 fighters a year to form a moderate Sunni opposition to help take on IS militants.

But Pentagon officials say they have struggled to find trainees who meet the vetting criteria.

“The project is very slow,” Capt Wawi told the BBC’s Ian Pannell. “They are ready to train and form a national army of 15,000 fighters and we hear they are ready to back it with money, weapons and provide air cover.

“But in reality, in six months only 60 fighters were trained. If it takes this long to train 60, it will take decades to get everyone ready.”

Division 30 and members of the Free Syrian Army came under attack from al-Nusra in northern Syria last Friday.

Al-Nusra, which is not affiliated to IS but has itself come under attack from the US in the past, said in a statement that it had captured some fighters and warned others against taking part in what it called “the American project”.

The US said it provided “defensive support fire” at the time of Friday’s attack, although Capt Wawi said it came after the fighting had finished.

“In reality, we have got no international guarantees to protect our fighters or to protect the 30th Division,” Capt Wawi said.

The Syrian conflict began with an uprising against the government in Damascus, but that has since splintered, pitting rebel groups fighting Assad’s forces against one another.

Today’s Headlines that Question Obama’s Judgment
Obama’s Israel Problem
If we do not defeat Assad, ISIL may defeat us
Syria 450