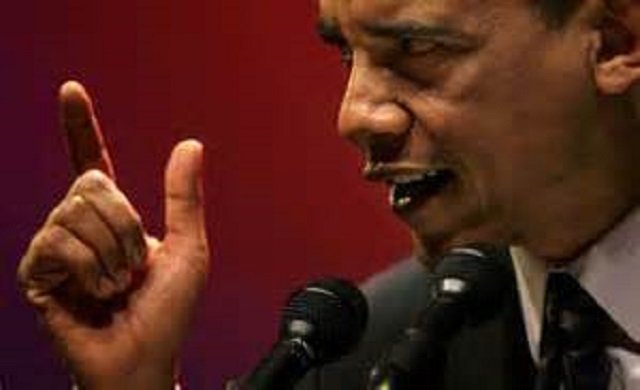 The Atlantic Council, a Think Tank funded by the US military complex and NATO, was quoted predicting a Saudi surrender to Iran under the guise of “Diplomatic Engagement”.

Former US Ambassador to Kuwait, Richard LeBaron, a member of the Atlantic Council, recently visited the region. To the Defense News, LeBaron declared:

“If they [the Saudis] think the scenario is going to emerge where the United States is going to have improved relations with Iran, I think they’ll want to hedge their own bets and test [Iranian President Hassan] Rouhani’s indication that he believes, for example, that improvement of relations with Saudi Arabia should be an Iranian priority.”

To me, this Atlantic Council quote reads like a one-two Tyson punch. The wicked plans of barack Obama.

Could this be an attempt by the US Defense establishment to steer Saudi Arabia to “engage” with Iran in the aftermath of Obama’s new terror partnership in Assad, Khamenei, and soon Hezbollah? Is the White House attempting to intimidate Saudi Arabia for fear the Kingdom may acquire a nuclear weapon that could sabotage the deal Obama struck with the killers of US soldiers and US diplomats? This kind of intimidation, in my opinion, will not resonate. Here is why.

Saudi Arabia and Egypt represent the leadership of the Arab world with 350 Million people. If one reads the words of Richard LeBaron of the Atlantic Council correctly, the US Defense establishment wants the Arabs to bow to Farsi Iran. If Saudi Arabia bows down to Iran by “submitting” to the Mullahs at a time when they are in hot pursuit of an atomic weapon and while they, Assad, and Hezbollah are killing Sunni women and children in Syria, it is tantamount to al-Sauds committing suicide.

If the Saudis surrender to Iran, 350 Million Arabs will revolt against Iranian hegemony and who will lead the revolt? That would be the Wahhabi fanatics waiting to bounce, al-Qaeda, ISIS, and millions of Sunnis, who will be eager to bear arms in Syria, Lebanon, Iraq, and even inside Iran. You thought the Arab Spring was a problem; wait until you see what will happen if Obama forces Sunnis to submit to Shia.

Has Obama not learned anything from his mistakes in Syria yet? The Jihadists filled the vacuum there and the Jihadists will fill the vacuum in the Arab world if al-Sauds engage with Iran.

However, more is at stake here than just submitting Arabs to Iran.

From the White House perspective, the Atlantic Council is a tool to divide and conquer. It was dispatched to Saudi Arabia to split it from Israel in order to isolate the Israelis as per Barack Obama’s long-term anti-Semitic plans to destroy Israel by empowering her enemies in the region. Obama is concerned about Israel and Saudi Arabia uniting, so he is implicitly threatening the Arab leaders (Choice of the Atlantic Council is no accident) using the Defense establishment and pushing the GCC to submit to the terrorists in Tehran.

That al-Qaeda may fill the vacuum the way it already has in Syria is of no consequence to Barack Obama. His aim is to harm the Jewish people even if 350 Million Arabs have to pay the price for his evil.

My sense is that al-Sauds know exactly what the Atlantic Council represents and they have played the appeasement game to perfection to include a contrived trip by the foreign minister of UAE to Iran. The al-Sauds are not stupid and they know what it means to “submit” to Iran at a time when the Iranians are butchering the Sunnis of Syria. Should the monarchy take this step, I predict some Princes to begin vocalizing their objections publicly to pave the way towards the inevitable power transfer of the throne to the grandchildren of Abdul Aziz al-Saud.

Now that the US defense establishment is directing Saudi Arabia towards servitude of their enemies, Saudi Arabia’s options are really down to one: Test an atomic bomb immediately to put the evil of Obama and his plans on notice.

Obama is empowering Iran after the Muslim Brotherhood failed him in Egypt. By driving the Arabs to submit to Iran, he is empowering al-Qaeda. If Iran fails to destroy Israel, AQ is plan B.

The only way to stop Barack Obama is to confront him with power and determination. These are the wicked plans of Barack Obama.