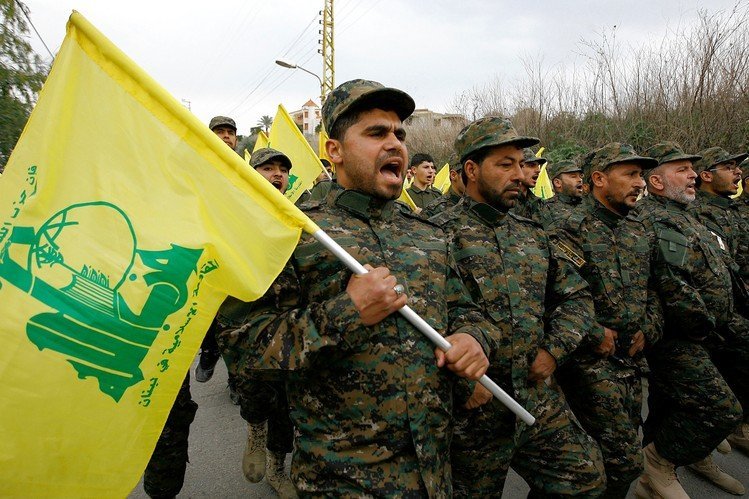 November 6, 2015 10:28 pm 0
Now That Rebels Are Winning
Bottomless Pit of Barbarism of the Hezbollah Savages
Time to Counter Assad

The U.S. Department of Treasury said that it placed sanctions on two Hezbollah members and their companies, and on two other companies freezing their assets, a report said on Friday.

“The U.S. Department of the Treasury targeted significant Hezbollah procurement facilitators responsible for providing material support to enhance the group’s military and terrorist capabilities,” said a statement published on the Treasury’s website.

The Treasury said that it placed sanctions on Fadi Hussein Serhan and Vatech SARL, of which he is general manager.

“Serhan is a Hezbollah procurement agent and General Manager of Beirut-based company Vatech SARL, which he has used to purchase sensitive technology and equipment for Hezbollah. Serhan has purchased unmanned aerial vehicles (UAVs) and accessories, and various electronic equipment from companies in United States, Europe, Asia, and the Middle East.”

“Cherri is a Hezbollah procurement agent who has purchased dual-use technology and equipment from suppliers in Asia on behalf of Hizbullah. He facilitated Hizbullah’s efforts to procure a variety of electronics from China for transport to Yemen for use in improvised explosive devices by the Houthis, a group that has engaged in acts that directly or indirectly threaten the peace, security, or stability of Yemen. ”

“Hezbollah is a dangerous, destabilizing terrorist group, and Treasury is determined to maintain maximum pressure on this organization by targeting its many revenue streams.”

In October, the United States slapped similar sanctions on prominent Lebanese businessman Merhi Ali Abou Merhi on charges of facilitating the activities of a Lebanese-Colombian drug trafficker and money launderer accused of having ties to Hezbollah.

My Letter to Michael Dell
Obama’s Doctrine: Extend a War to Defeat You Just to Force a Peace That Won’t Serve You
What Assad Fears is What the US Avoids Like the Pest.. Go Figure
Radicalism 548