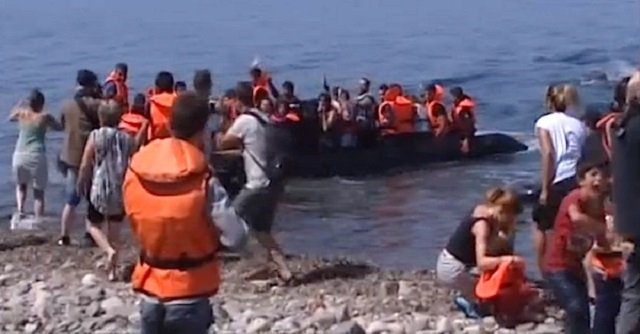 In the first boat capsizing, several other refugees were believed to be missing when their boat sank in an attempted crossing from Turkey to Greece, the state ANA agency reported.

The Greek coastguard rescued another 13 people and was looking for other survivors, the agency said.

The accident occurred north of the island of Lesbos, one of the Greek islands that have seen a heavy influx of refugees from war-torn Syria this year.

Many have perished trying to cross the Aegean Sea in search of a better future in Europe.

Earlier this month, harrowing pictures of three-year-old Syrian refugee Aylan Kurdi, whose body was found washed up on a Turkish beach after the boat carrying his family to the Greek island of Kos sank, caused an outpouring of emotion around the world, pressuring European leaders to step up their response to the refugee crisis.

Migrants have in recent days turned to Turkey’s land borders with Greece and Bulgaria to avoid the sea voyage that has cost over 2,600 people their lives in the Mediterranean this year.