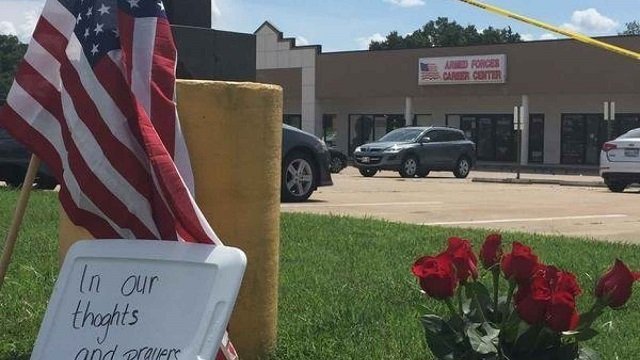 Obama Started ISIS When He Ignored the Syrian Moderates

July 17, 2015 8:16 am 0
When we elect an ignorant president
Syria After Four Years of Mayhem
Is Obama out to destroy the Free Syrian Army?

Has the US media forgotten that ISIS began to form because Obama refused to support the Syrian moderate opposition to Assad? Protecting Assad was part of his scheme in order to sign his Iran deal, which led to the Chattanooga terror.

How long will the US media remain silent on this fact? Was their investment in Obama too heavy to cut bait and run? Are they so invested in Obama that they have become totally paralyzed as the single most important tool to keep our democracy vibrant and alive?

In his typical fashion, when one courageous CBS news reporter attempted to question the wisdom of signing a deal with Iran without saving the American prisoners held by the Mullahs, Obama shamed the reporter for questioning his motives (See video below).

The US media has placed itself, when it comes to Barack Obama, in a situation where he humiliates any reporter asking a tough question as if this reporter is asking a racist question.

Shame on the US media for permitting the worst U.S. President in our history to belittle them and belittle the American public. The backlash in 2016 is going to be historic.

Remember what the same US media did to President George Bush and Vice-President Dick Cheney on Iraq? Obama’s policies are directly killing U.S. Marines here at home, so why is the media silent on the reality that Obama started ISIS with his policies?

The US Iran deal Obama was adamant about signing and the striking of ISIS without striking the Assad regime have led to ISIS recruiting from so many Sunnis around the world. Its sympathizers number in the tens of millions thanks to Barack Obama. So, where is the US media to highlight Obama’s policies killing Americans here at home?

The American public is not stupid. It sees the media as a cohort in Obama’s bad policies. Any wonder why their ratings keep getting worse?

Wake-up before you destroy the American democratic experience that has no parallels in human history. Stop permitting Obama to shame you every time you ask a tough question. There is no racism in doing one’s job.

Obama Started ISIS When He Ignored the Syrian Moderates

The Iranian trap
Hallelujah! Fanatics Are Killing Each Other
It is not about domestic terror, it is about international terror
Syria 450