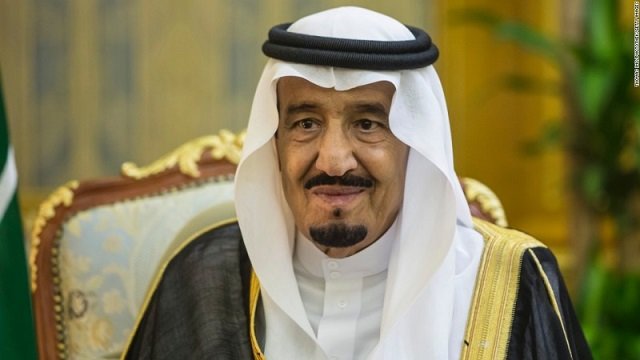 July 17, 2015 11:31 am 0
Hailing Tyranny from the Sideline of Democracy
Syria Pretender Friends and Real Foes
Ways to Pressure Assad Effectively

Saudi Arabia moved quickly on the diplomatic front to unite the Arabs against Iran after the US Iran deal was announced.

Hamas chief Khaled Meshaal and other top officials from the Palestinian militant group met with Saudi Arabia’s King Salman and senior Saudi leaders on Friday, a Hamas source said, in the first meeting between the two sides for years.

The meeting brought together top members of Hamas political wing with the Saudi king, crown prince and defense minister in a possible rapprochement between the conservative United States-allied kingdom and the traditionally Iran-allied party.

“The delegation discussed Palestinian unity and the political situation in the region. This meeting will hopefully develop relations between Hamas and Saudi Arabia.”

With this meeting, Saudi Arabia moved quickly on the diplomatic front to peel Hamas from the Iranian orbit of influence in order to limit the damage Barack Obama has unleashed unto the region with his Iran deal. The deal gives Iran a Carte Blanche to terrorize.

What King Salman may have offered as an alternative to Iranian terror is unknown. What he may have told Khalid Meshaal is that the Hamas way of attacking Israel as a proxy to Iran will bring the destruction to Hamas, not Iran. Playing proxy to Iran only harms the proxies.

The King may have pointed to the Houthis in Yemen as a good example who are suffering while Iran goes about her terror business elsewhere.

Hamas has ruled the Gaza Strip since 2007 after fighting a brief and bloody civil war with Palestinian rivals in Fatah and has fought three wars with Israel, which it has vowed to destroy.

The group was jolted by civil war and rivalries in the wake of the Arab Spring in 2011 and relations with Iran soured over its refusal that year to back Tehran’s ally, Syria’s Assad, in his war against mainly Islamist rebels.

Relations between Hamas and Saudi Arabia have improved since Salman assumed the Saudi throne in January and the kingdom has taken on a newly assertive posture in the region.

Saudi Arabia has led an Arab military intervention in Yemen and is fiercely opposed to what it views as Iranian encroachment in the Arab world, despite a deal agreed this week between Tehran and world powers over its disputed nuclear program.

An Alliance of Opposites Made in Hell
After All Is Said and Done, More Is Said Than Done
The Thomas Affair: A Letter to Wayne State University
Support U.S. Allies 152