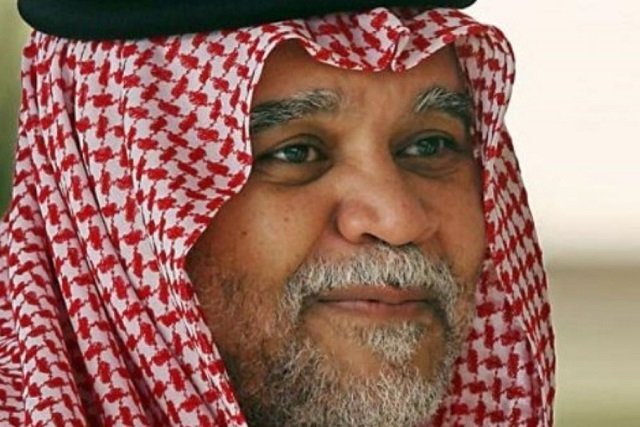 Prince Bandar bin Sultan, the Saudi ambassador to the United States between 1981 and 2005, has written a damning column in which he compares the Iran nuclear deal to the failed nuclear deal with North Korea — and concludes it will have even worse consequences.

Writing for the London-based Arabic news Web site Elaph, Badar suggests that President Obama is knowingly making a bad deal, while President Bill Clinton had made a deal with North Korea with the best intentions and the best information he had. The new deal will “wreak havoc” in the Middle East, which is already destabilized due to Iranian actions, Bandar writes.

Writing about the failed deal with North Korea, which was agreed in 1994 and collapsed in 2003, Bandar says, “it turned out that the strategic foreign policy analysis was wrong and there was a major intelligence failure.” He added that if Clinton had known the full picture, “I am absolutely confident he would not have made that decision.”

The Saudi royal then contrasts this with the present situation with Iran, “where the strategic foreign policy analysis, the national intelligence information, and America’s allies in the region’s intelligence all predict not only the same outcome of the North Korean nuclear deal but worse – with the billions of dollars that Iran will have access to.”

Bandar says Obama is smart enough to understand this but that he is ideologically willing to accept collateral damage because he believes he is right.

The United States and North Korea signed the Agreed Framework in 1994, after North Korea announced its intention to withdraw from the nuclear Non-Proliferation Treaty (NPT). Under the agreement, North Korea committed to freezing its nuclear weapons program in exchange for aid, causing significant controversy in the United States. The next U.S. administration, led by President George W. Bush, took a much more aggressive stance on the agreement, and in 2002 it confronted North Korea with accusations that it had been attempting a clandestine uranium-enrichment program.

In response, North Korea restarted its nuclear program, and the country withdrew from the NPT in 2003. Subsequent attempts to reach an agreement over nuclear weapons have failed. North Korea conducted its first nuclear test in 2006 and is currently believed to possess around 10 to 16 nuclear weapons (exact estimates vary). Experts say it is working to improve upon the size and sophistication of its nuclear arsenal.

Bandar is far from the first to contrast the situation in 1994 and now: The failure of the talks with North Korea has been a specter hanging over the talks with Iran.

However, there’s disagreement over how to interpret any lessons taught by the failure of the North Korean deal: As The Post’s Glenn Kessler has written, the Agreed Framework may have failed, but it did stall North Korea’s nuclear ambitions. Analysts have pointed out that the two situations have many differences. The Carnegie Endowment’s George Perkovich, for example, has argued that Iran has stronger incentives to stick to a deal than North Korea ever did.

Bandar is a major voice in Saudi foreign affairs. He was the longest-serving Saudi ambassador to Washington and headed the Saudi intelligence services between 2012 and 2014. His conclusion will carry weight in some circles: “People in my region now are relying on God’s will, and consolidating their local capabilities and analysis with everybody else except our oldest and most powerful ally,” he writes.