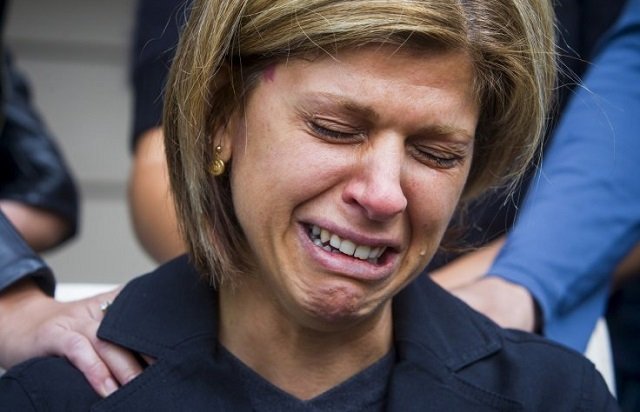 Defiling Deliberately the Image of a Syrian Refugee

There is a perceived image around the world that a Syrian refugee aiming to reach Europe or American shores is an uneducated peasant dragging along with him a hijab-wearing wife and several children whose schooling is doubtful. Such portrayal is defiling deliberately the image of a Syrian refugee.

People watch who is dying in Syria and assume erroneously that these impoverished Syrians aim to become their neighbors.

The truth is that most of the impoverished Syrian refugees have already escaped to Turkey, Jordan, Lebanon, and Iraq. Their comfort zone, because of their limited education, prevents them from setting their sights beyond these countries to the sophistication of Europe.

The Syrian refugees trying to reach Europe are the crème de la crème of Syria’s aristocratic and highly educated society or they are successful middle-class Syrians. They vie for Europe and the United States because they know they can fit in those advanced countries.

Their goals is not to burden themselves upon an already strained welfare system because many have the financial means to sustain a comfortable life wherever they go. They simply aim for the security the Assad regime and ISIS took away from them. Defiling deliberately the image of a Syrian refugee has harmed everyone on both sides.

Many Syrians aiming to emigrate are middle-class successful Syrians. The father of Aylan Kurdi owned a store in Kobani, which he was forced to sell to pay as ransom for his freedom after the Assad regime held him prisoner for no reason. The Kurdi family typifies the profile of those Syrians who are trying to escape the Assad criminal justice. They are neither terrorists, nor candidates for welfare.

Yet, it is these Syrians Europe, Canada, the United States, and Australia are reluctant to welcome.

We know of many cases of immigrant children holding a U.S. citizenship who are trying to legally bring their senior parents to the United States without any luck. Even if the children are willing to commit to their financial independence. What harm could a 70-year Syrian mother escaping bombardment in Aleppo or the coming war to Damascus cause for the U.S.? What danger does she pose to the security of the United States, especially that their children have been productive and law-abiding American citizens?

To rely on the broken U.S. immigration laws to facilitate their entry legally would take years of waiting. Time no Syrian can aford as the civil war rages on.

Political leaders and bureaucrats in America, Europe, and Australia must find a way to permit the flow of middle-class Syrians to join their societies as dynamic and energetic citizens willing to roll their sleeves to start a new life.

America and Europe ignored the Assad massacres and the consequences of these policies are staring them in the face today.

Had Barack Obama done something about the Assad regime and the Iranian terror machine, Aylan Kurdi would still be alive today living peacefully in Kobani.

Defiling Deliberately the Image of a Syrian Refugee

Loading...
Newer Post
If Allegedly Smart Barack Obama Was So Smart, Why Then …
Older Post
The Arab world’s wealthiest nations are doing next to nothing for Syria’s refugees