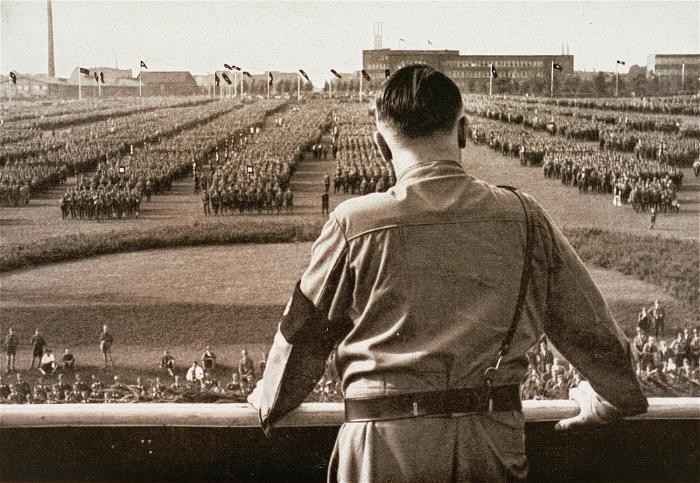 June 4, 2020 8:45 pm 0
Iran Strategy to Defeat Donald Trump in 2020
Russia is Interfering in the 2020 Election Campaign
If Biden Wants a New Iran Deal the Israelis Should Negotiate It

Many Republican Senators refuse to condemn the divisions President Donald Trump is sowing because they fear his Twitter finger. They fear their re-election chances might diminish considerably if Donald Trump attacks them, which he will certainly do should they break rank. In effect, Trump wields Twitter like Hitler wielded the SS. To strike fear into the hearts of anyone who opposes his style of authoritarianism.

This should be of concern to every American because Trump is taking control of the country and its institutions.

Today, politicians in Washington would do anything to stay in power. To include supporting a President trampling on our constitutional rights

In the early eighties, when Ronald Reagan was President, he and Speaker Tip O’Neill would always find a way to compromise to resolve the problems of the country. Even though both were at the far end of the spectrum with regard to political ideology. Politicians back then put country ahead of self interests.

Today, politicians in Washington would do anything to stay in power. To include supporting a President trampling on our constitutional rights. This is why the Trump era is dangerous. Not only do we have a President who is dividing us deliberately, but the institutions that are supposed to protect our democracy are nowhere to be found. Their leaders are all afraid of Trump’s Twitter finger attacking them. Just as Germans feared Hitler’s SS.

Jack Dorsey, CEO and Founder of Twitter, has a responsibility to balance the President’s freedom of speech with using his platform to instill fear and intimidation into our democratic institutions. This is really important as Trump steers the country into dangerous and uncharted territories. The impact of his bullying is freezing the checks and balances system we all rely upon to keep our democracy vibrant, and we believe that this over-arching argument should be enough for Dorsey to better police Trump by limiting his freedom of speech when wielded to intimidate our democratic institutions.

Invariably, Trump is dissolving our separate institutional powers into one central executive power through his use of Twitter. Today, the United States has a dysfunctional Senate merging itself into the Executive Branch of our government, and a Pentagon under tremendous pressure to police the people.

FREEDOM OF SPEECH OR CHECKS AND BALANCES

Just as a person cannot scream “fire” in a theater and call if freedom of speech, bullying and intimidating politicians and civil servants to break down our checks and balances should submit to the same standards.

When our fundamental right to freedom of speech intentionally impacts our system of checks and balances, that freedom, along with many other freedoms, will eventually dissipate. That action will yield, instead, a system where only the few have the right to speak, and the rest of us, through fear and intimidation, can no longer freely express ourselves. It is already happening today as Republican Senators fear speaking out against Donald Trump because of his Twitter bullying.

The accumulation of all powers, legislative, executive and judicial in the same hands, whether of one, a few, or many, and whether hereditary, self–appointed, or elective, may justly be pronounced the very definition of tyranny.

When America loses its checks and balances, its citizenry should expect tyranny not to be far behind.

It is imperative to control the Twitter account of the President. We are heading towards an abyss and before we know it, we might face our armed forces in the streets as if we lived in Cuba.

Jack Dorsey, do something to save our Republic.