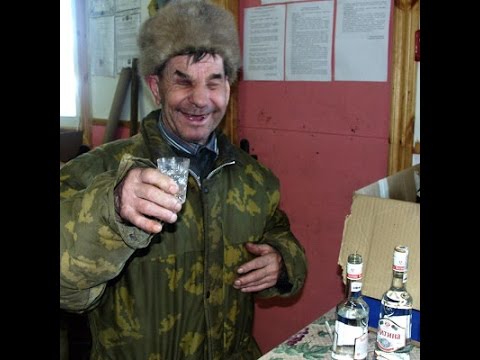 In a Tweet that reminded many of Barack Obama’s Red Line, the President made it clear that the strike ‘could be very soon or not soon at all!’. A Trump open-ended Assad bombing campaign statement reminiscent of the cowardly Barack Obama era. What is Trump drinking?

The President cast doubt over the timing of his threatened strike on Syria in response to a reported poison gas attack, while France said it had proof of Syria’s guilt but needed to gather more information.

Never said when an attack on Syria would take place. Could be very soon or not so soon at all! In any event, the United States, under my Administration, has done a great job of ridding the region of ISIS. Where is our “Thank you America?”

Extolling his ISIS accomplishment is not a good sign. As if to justify his change of mind. A Trump open-ended Assad bombing campaign statement.

Fears of confrontation between Russia and the West have been running high since Trump said on Wednesday that missiles “will be coming” after the suspected chemical weapons assault in the Syrian town of Douma on April 7, and lambasted Moscow for standing by Syrian President Bashar al-Assad.

Meanwhile, French President Emmanuel Macron said France has proof Assad government carried out the attack, which aid groups have said killed dozens of people, and will decide whether to strike back when all the necessary information has been gathered.

“We have proof that last week … chemical weapons were used, at least with chlorine, and that they were used by the regime of Bashar al-Assad,” Macron said, without offering details of any evidence.

“We will need to take decisions in due course, when we judge it most useful and effective,” he told broadcaster TF1. Honestly, this goes together with Trump open-ended Assad bombing campaign statement.

Prime Minister Theresa May prepared to convene a special cabinet meeting at 1430 GMT to weigh whether Britain should join the United States and France in a possible military action.

May recalled ministers from their Easter holiday to debate action over what she has cast as a barbaric poison gas attack in Douma, then rebel-held, just east of the capital Damascus.

There were signs, though, of a global effort to head off a direct confrontation between Russia and the West. The Kremlin said a crisis communications link with the United States, created to avoid an accidental clash over Syria, was in use.

The situation in Syria is horrific, the use of chemical weapons is something the world has to prevent. But also it’s a very, very delicate circumstance and we’ve got to make this judgment on a very careful, very deliberate, very well thought-through basis.

There was no direct word from Russian President Vladimir Putin on the crisis, though he discussed the situation with Turkish President Tayyip Erdogan by phone on Thursday, Interfax news agency said.

The Russian Foreign Ministry said Moscow sought no escalation of the situation, but that it could not support “dishonest accusations” and it had found no evidence of a chemical weapons attack in Douma.

Statements from Washington have been militaristic, ministry spokeswoman Maria Zakharova said, and threats by the United States and France were a violation of the U.N. charter.

Russian ships had left the Tartus naval base in Syria, Interfax news agency quoted a Russian lawmaker as saying. Vladimir Shamanov, who chairs the defence committee of the lower house, said the vessels had departed the Mediterranean base for their own safety, which was “normal practice” when there were threats of attack.

For its part, the Russian military said it had observed movements of U.S. Navy forces in the Gulf. Any U.S. strike would probably involve the navy, given the risk to aircraft from Russian and Syrian air defences. A U.S. guided-missile destroyer, the USS Donald Cook, is in the Mediterranean.

Moscow’s ambassador to Lebanon, Alexander Zasypkin, warned on Wednesday that any U.S. missiles unleashed at Syria would be shot down and the launch sites targeted.

Russia, Assad’s most important ally in his seven-year-old war with rebels, said it had deployed military police in Douma on Thursday after the town was taken over by government forces.

“They are the guarantors of law and order in the town,” RIA news agency quoted Russia’s defense ministry as saying. Laughable quote.

The Syrian conflict has increasingly widened the rifts between Moscow, Washington and European powers and inflamed the bitter rivalries that run across the Middle East.