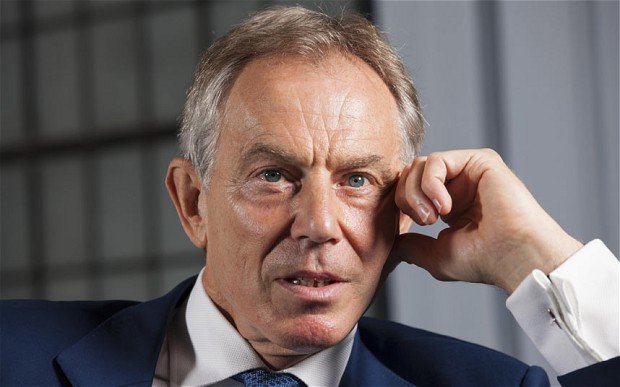 July 8, 2013 9:04 am 0
A Child Has Been Killed
Syria seeks to tap frozen bank accounts for food supplies
The Tale of Two Assads

Source: The Telegraph – by Peter Dominiczak (Tony Blair calls for intervention in Syria)

Tony Blair has criticized the “inaction” of governments that have failed to intervene in the conflict in Syria as he called for a no-fly zone in the region and said Britain should consider arming the rebels in the country.

Mr Blair, the former Prime Minister, said that the civil war in Syria has caused more deaths that the conflict in Iraq since 2003.

Mr Blair said: “A refusal to engage, as you see from what’s happening in Syria at the moment, where, after all, as a proportion of the population there’s now been more people that have died in Syria in a civil war that shows absolutely no sign of ending than in the entirety of Iraq since 2003. So, you know, inaction is also a policy and a decision with consequence.”

The former Labour leader added: “The thing we’ve got to understand about this region is that there are people intervening. So if we disengage, it’s not that these disputes are playing themselves out within their countries.”

Mr Blair used the interview to say that the UK should assist the Egyptian military, who last week ousted Mohammed Morsi as president.

Mr Morsi, Egypt’s first Islamist president, is in detention, along with some senior Muslim Brotherhood figures.

He was replaced on Thursday by Adly Mansour – the head of the Supreme Constitutional Court – who promised to hold elections soon but gave no date.

Tens of thousands of demonstrators have taken to the streets in recent days.

The military has deployed troops in Cairo and other locations around the country. More than 30 people were killed and about 1,000 people injured across Egypt in protests on Friday.

“The only way you’re going to get back to a proper democratic path is to support the government,” Mr Blair said.