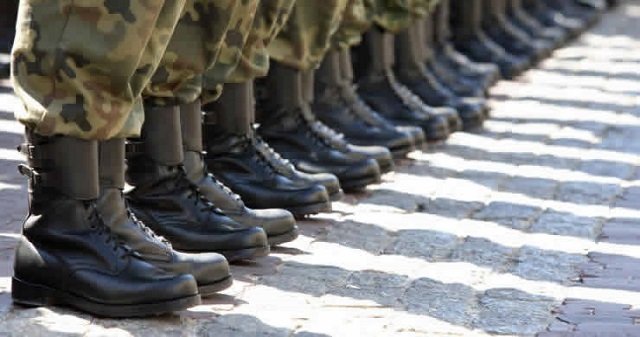 There is an invisible military pendulum the voters of every vibrant democracy may swing based on their emotional distress or comfort. Nothing embodies more that concept than the US boots fighting wars in distant places many high school kids cannot even point to at a map. This is the big bang boots theory.

The terror of 9/11 resulted in a comfort moment for the US voters when they recognized the need to battle the Taliban and al-Qaeda in Afghanistan. All other wars, since the Desert Storm, have been distressful for the US public-at-large mainly because their Commander-in-Chief failed to galvanize a long-term support for the wars America finds the need to wage.

During WWII, Winston Churchill marshalled the support of the public by asking everyone to participate in the war effort by giving up their pots and pans to manufacture weapons. The British Government may still have warehouses with heaps of that aluminum catching dust. It was never about the pots, but rather about the sense that the war is fair and necessary.

“This idea that we’re never going to have boots on the ground in Syria is fantasy. All this has come home to roost after the last three years of incompetent decisions… I will not let this president suggest to the American people we can outsource our security and this is not about our safety.”

I would not claim that these drums would suffice for the public to realize that greatness and wars go hand-in-hand. As long as Obama is adamant in pursuing his isolationist pipe dream, we cannot but witness our own slow demise.

The fruits of wars built Rome and its Empire, which began in the 8th century BC and lasted 1,200 years. Similarly, every empire that human civilization erected can find its roots in wars. If we want to beg for our necessities from the many enemies America has today, to include the extremist Muslims, then we should never go to wars. Let the pacifists push their cars to work while looking for suicide bombers on Main Street.

The Big Bang Boots Theory says if we want economic prosperity, safety and security, and the choices that come with total freedom then we have no choice but to Big Bang with our boots on the ground.

With wars comes the immense responsibility of taking care of our veterans, something that we have been quite amiss in doing. Besides a great health system, no family of any veteran should ever suffer economic hardship. We take care of them through spoils of wars those challenging us must now be responsible for. This is not negotiable under any circumstances.

Outsourcing these battles, as Obama is doing today in Syria, will result in many more problems for the US that have been partially expressed in one region by the article written by Khalid Abu Toameh.

What happens when the Syrian moderate opposition has no more fighting men? We will be begging Iran for our own safety and security.