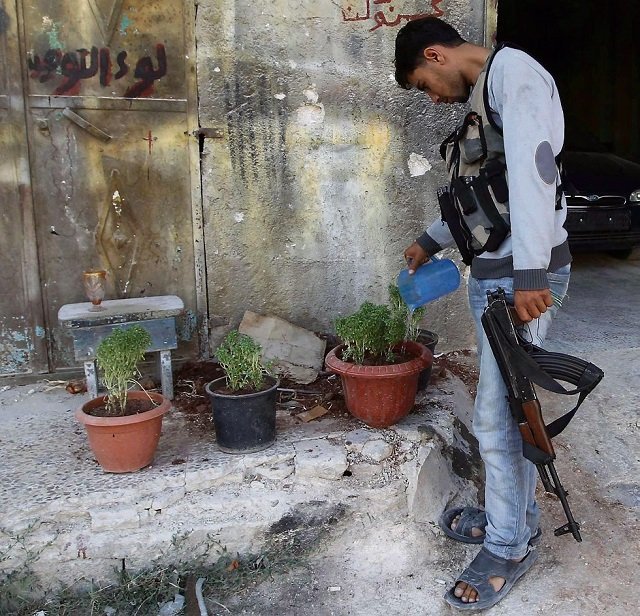 Inside Syria, government troops advanced into rebel-held areas of the central city of Homs, pushing into a heavily contested neighbourhood after pummelling it with artillery that drove out opposition fighters, an activist said.

The election of Ahmad al-Jarba as the head of the Syrian National Coalition came during a meeting in Turkey in what was the second attempt in recent months by Assad’s opponents to unify their ranks.

The opposition bloc is primarily composed of exiled politicians, with little support among Syrians back home who are trying to survive the third summer of conflict that has killed more than 93,000 people and forced millions to flee their homes. Al-Jarba’s election suggests the opposition is trying to unite despite its differences, after Assad’s forces gained ground last month in and around the strategic town of Qusair, near the border with Lebanon.

Meanwhile, Western intelligence agencies were seeking last night to secure evidence that chemical weapons were used in a recent attack on a rebel-held district of Homs by the Syrian regime as it intensified its offensive on the city.

Victims complaining of breathing difficulties were treated by rebel medics shortly after exposure to white smoke that rose from the site of a shell strike on a mosque.

Activists angrily accused the world of a failure to act as the regime used chemical agents to gain a tactical advantage in the battle for Homs.

“They are using weapons of mass destruction against Homs, while the international community does nothing,” said Wassif Shemali, a representative of the city on the rebel Syrian National Council.

A source involved in Western efforts to collect and test evidence of chemical weapons in Syria said governments were ready to respond quickly to the reports of the attack on Thursday.

Britain, America and France have collected samples from multiple sites that demonstrate the Syrian government has used Sarin gas against its own people.

“From the footage this is a potential use of a nerve agent or a weapon banned if used against civilians. It’s certainly part of a clear pattern in which an area is shelled and then some sort of agent is introduced into the battle,” said Hamish de Bretton-Gordon, a former commander of Britain’s specialist bio-security forces.