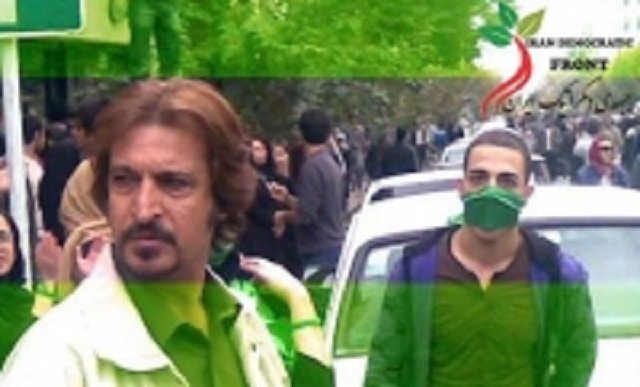 To the Western Governments

September 13, 2015 12:45 pm 0
Satellite shows aftermath of alleged Israeli strike on Iranian base in Syria
From One Syrian Infant to Trump the Infant: Stop Praising Putin
Iran Sanctions Without Trump or Biden Without Obama’s Wimpiness

Following the U.S. and its UN Security Council allies preliminary nuclear agreement to make a deal with the Islamic regime in Iran, efforts to expand political and economic ties with the regime has swiftly begun. The most recent case is the Austrian president’s visit with Khamenei, the religious dictator in Iran.

I can not blame the efforts of Western governments to secure their national interests, however do not forget, the people of Iran are entitled to freedom, democracy, prosperity and security; and to that end, they do have expectations of the leaders of the civilized world.

The regime in Iran is, economically and fiscally, one of the most corrupt governments on the global scene. From the socio-political-legal standpoint, they view the rights of women and girls, as half that of a man and by lashing, imprisoning, acid attacks and general violence, they continue to impose and force the hijab on them.

This regime has been routinely condemned for it’s heinous and ongoing violations of human rights, by the U.N. itself, yet, Western governments are looking to expand their economic and political relations with a seditious regime?!

From an economic standpoint, this lawless autocracy, has created the most grueling conditions for the working class, nurses and generally all those who work hard for their livelihood. Now our teachers, are being imprisoned as well.

Free and Democratic elections for the people of Iran to choose their own destiny is not tolerated and with illegal supervision and persistent meddling in the electoral process, they rob the people of their vote.

It is the people of Iran who aspire to a secular Democracy, prosperity, progress and security and yet, they are confronted with none other than a violent and callous dictatorship of zealots. The people of Iran call upon all Western leaders to be absolutely aware of the nature of the regime with which they have chosen to cooperate and befriend. Having further oppressed and robbed us of our legal rights, this regime will take advantage of it’s renewed ‘credit’ with the West and will continue to inflame the region and expand it’s terrorist activities.

Mr. Heshmat Taharzadi is the Secretary General of the Democratic Front of Iran, Tehran, Iran

To the Western Governments